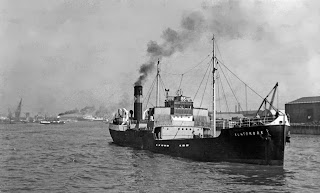 The first two articles by Ian Urbina covering some of the less pleasant aspects of life at sea are up at the NYTimes as a series on "The Outlaw Sea."
1.  Stowaways and Crimes Aboard a Scofflaw Ship


Few places on Earth are as free from legal oversight as the high seas. One ship has been among the most persistent offenders.

and 2. Murder at Sea: Captured on Video, but Killers Go Free:


A video shows at least four unarmed men being gunned down in the water. Despite dozens of witnesses, the killings went unreported and remain a mystery

Ships belong to and are legally controlled by their flag states. This may mean there is no control at all as a practical matter.  Often, in the absence of a civilizing force,  Hobbes was right with this:


Whatsoever therefore is consequent to a time of Warre, where every man is Enemy to every man; the same is consequent to the time, wherein men live without other security, than what their own strength, and their own invention shall furnish them withall. In such condition, there is no place for Industry; because the fruit thereof is uncertain; and consequently no Culture of the Earth; no Navigation, nor use of the commodities that may be imported by Sea; no commodious Building; no Instruments of moving, and removing such things as require much force; no Knowledge of the face of the Earth; no account of Time; no Arts; no Letters; no Society; and which is worst of all, continuall feare, and danger of violent death; And the life of man, solitary, poore, nasty, brutish, and short.
(Hobbes, LEVIATHAN, Chap 13)

I guess in theory there could be some sort of policing done at sea, but like many theoretical things, the realities are that people are being killed, enslaved and otherwise maltreated at sea and the sovereign rights of nations rule.

If there is good news, the numbers of bad actors is really pretty small in the great scheme of things. The bad news is that by recruiting crews from dirt poor areas of the world that many of the crewmen so recruited are cowed into submission in order to keep what little money they earn.