Our friends at the National Weather Service keep track of storm-related deaths. Kind of interesting, and by no means representative of the damage done by storms and floods and the like. See here:

Even better, they maintain a breakdown of annual storm impact by year which you can find by clicking on the left hand column of the above link. 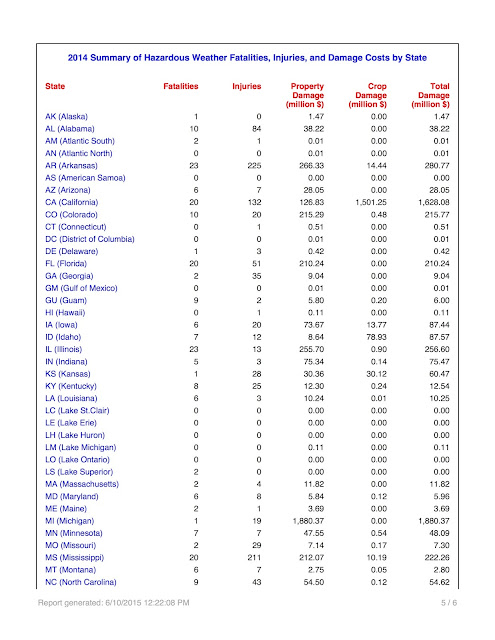 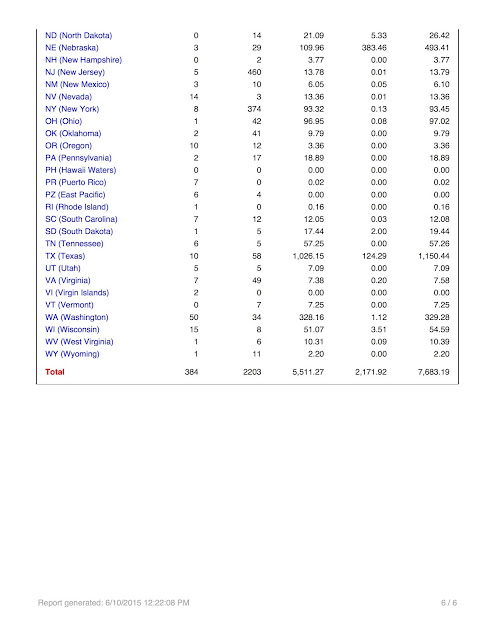 As you can see, Washington was the deadliest state for weather deaths in 2014. A big chunk of those (43) were related to the massive mudslide near the town of Oso. In 2005 Hurricane Katrina caused Louisiana to record 820 deaths, Mississippi 187.

There is also a 74-Year List of Severe Weather Fatalities:

To put that number in some sort of perspective, in 2013 32,719 people died in traffic crashes.

It is difficult to say how many of these deaths could have been prevented, but it would be safe to say many of them shouldn't have happened.

That's what preparing for disasters is all about - reducing risk of death and injury.