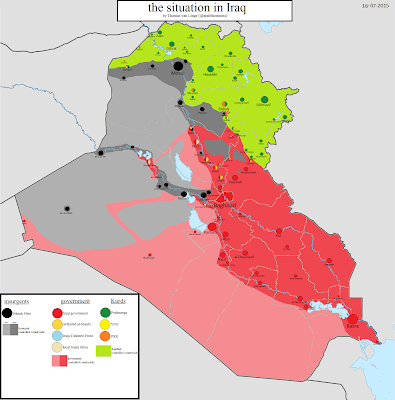 
FBI Director James Comey credits social media with helping ISIS grow and influence others. He said Twitter accounts associated with the group have more than 21,000 English-language followers around the world.

FoxNews has Army chief Odierno, in exit interview, says US could have ‘prevented’ ISIS rise:


The Army’s top officer told Fox News Tuesday it’s “frustrating” to watch the gains he helped achieve in Iraq disintegrate at the hands of the Islamic State, saying in an exit interview that the chaos now unfolding “might have been prevented” had the U.S. stayed more engaged.
***
“It's frustrating to watch it,” Odierno said. “I go back to the work we did in 2007, 2008, 2009, and 2010 and we got it to a place that was really good. Violence was low, the economy was growing, politics looked like it was heading in the right direction.”
***
Odierno said the fall of large parts of Iraq was not inevitable, reiterating concerns about the pace of the U.S. troop withdrawal there.

“If we had stayed a little more engaged, I think maybe it might have been prevented,” he said. “I've always believed the United States played the role of honest broker between all the groups and when we pulled ourselves out, we lost that role.”

Hmmm. Someone made the decision to pull U.S. troops out of Iraq despite the advice of military commanders. Now, let's see, who was it?


The president who spent years touting the withdrawal of all U.S. forces from Iraq suddenly has had to distance himself from that action.

At the White House on Saturday morning — less than 48 hours after authorizing airstrikes against Islamist militants and humanitarian air drops to save the lives of trapped Iraqi civilians — President Obama blamed his predecessor, George W. Bush, for the absence of American troops in Iraq and rejected the assertion that he could have left a small peacekeeping force in the war-torn nation. 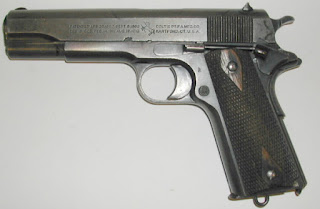 Now US citizens are looking at protecting themselves and others from the "JV."