Final Chapter of NYTimes "The Outlaw Sea" - "A Renegade Trawler, Hunted for 10,000 Miles by Vigilantes" 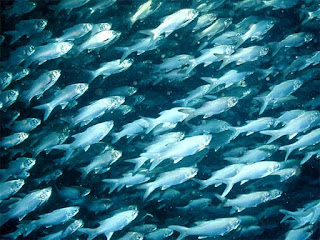 Ian Urbina finishes up his four part series on "The Outlaw Sea" with A Renegade Trawler, Hunted for 10,000 Miles by Vigilantes:


For 110 days and across two seas and three oceans, crews stalked a fugitive fishing ship considered the world’s most notorious poacher.

The "vigilantes" are the Sea Shepherd society and two of its vessels. Reminds me of Oscar Wildes' quote about fox hunters:


"Fox hunting is the unspeakable in pursuit of the inedible."

In this case, one trawler was pursued. You could probably do a whole series on illegal Chinese fishing ships. See this BBC report, China illegally fishing off W Africa - Greenpeace:


More than 70 Chinese vessels have been found fishing illegally off the coast of West Africa, Greenpeace says.

Using information gathered from 2000 to 2014, Greenpeace said Chinese companies had fished in prohibited grounds or under-declared their catches.

Boats either turned off their identification systems or transmitted false location data, it added.

One company's fishing capacity off the coast of Guinea Bissau is said to have exceeded its authorised limit by 61%.


Chinese vessels operating in foreign waters caught, on average, 4.6 million tons of fish annually between 2000 and 2011, cumulatively worth $12 billion, the report estimates. That includes an estimated 3.1 million tons of fish caught off African coasts, 80 percent of which was unreported.

“China’s massive distant-water fishing fleet is problematic for a few reasons, the most prominent being that a significant portion of its catch is illegal, unreported, or unregulated,” the Woodrow Wilson Center’s Katie Lebling wrote in a Nov. 11 research brief. That means it’s impossible to ensure sustainable fishing practices.

The report by Ms. Lebling is here:


Also worth reading The Status of Fisheries in China: How deep will we have to dive to find the truth?
Poor oversight by the Chinese government and lack of significant outside pressure to change are the main drivers of current practices, which are far from sustainable and have significant side effects for some of the world’s poorest countries.

If these vigilantes start taking on the Chinese fishing fleets, it might get interesting.
Posted by Mark Tempest at 7/28/2015 02:50:00 PM