Chevron has confirmed that militants have attacked one of its platforms
off the Escravos Bar, in the Niger Delta region. Chevron Nigeria Limited, operator of a joint venture with the Nigerian National Petroleum Corporation (NNPC), said that the attack took place just after 11 PM on Wednesday. The “Okan offshore facility in the Western Niger Delta region was breached by unknown persons," said Chevron in a statement to Reuters. "The facility is currently shut-in and we are assessing the situation, and have deployed resources to respond to a resulting spill."
***
Local media reports – which could not immediately be confirmed – said that the facility had been attacked with explosives, but differed widely in assessments of the damage. 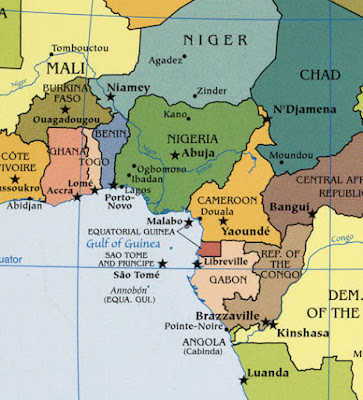 A spokesman for the Nigerian Navy, Commodore Chris Ezekobe, told PunchNG that the platform was “partially damaged,” and that it was an oil and gas collection point for the area. He said that the Navy had deployed additional vessel assets to protect nearby installations.

All the more reason to be developing U.S. resources.