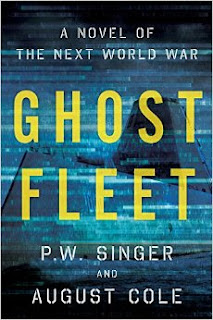 The best fiction doesn't just entertain, it informs and causes the reader to think.

Our guest for the full hour this week is August Cole, the co-author with P.W. Singer of one of the best received military fiction novels on the last year, Ghost Fleet: An Novel of the Next World War.

August is an author and analyst specializing in national security issues. 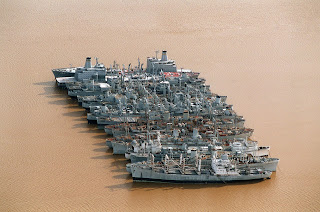 He is a nonresident senior fellow at the Brent Scowcroft Center on International Security at the Atlantic Council where he directs The Art of the Future Project, which explores narrative fiction and visual media for insight into the future of conflict. He is a non-resident fellow at the Modern War Institute at the United States Military Academy (West Point). He is also writer-in-residence at Avascent, an independent strategy and management consulting firm focused on government-oriented industries.

He also edited the Atlantic Council science fiction collection, War Stories From the Future, published in November 2015. The anthology featured his short story ANTFARM about the intersection of swarm-warfare, additive manufacturing and crowd-sourced intelligence.

He is a former reporter for the Wall Street Journal in Washington and an editor and a reporter for MarketWatch.com.

Please join live if you can or pick the show up later by clicking here. In alternative, you can also get the show on our iTunes page here or on Stitcher
Posted by Mark Tempest at 5/14/2016 07:00:00 AM