Sea Piracy,Sea Robbers and the 2015 Oceans Beyond Piracy Report 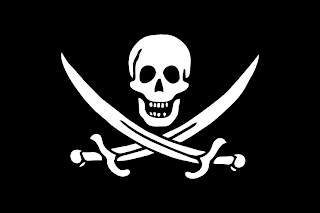 Oceans Beyond Piracy has issued its 2015 report on State of Maritime Piracy 2015: Assessing the Human and Economic Cost which I commend to your reading. The good news is that the overall trend line of sea piracy is down. However . . .

From the Executive Summary

Gulf of Guinea
The Gulf of Guinea is the most dangerous region for seafarers with a rise in violence across the year and an increase in kidnap-for-ransom in the fourth quarter of 2015.

Southeast Asia
Cooperative regional measures in Southeast Asia resulted in steep declines in piracy attacks in the second half of 2015.

A couple of quick points - 52% of the Gulf of Guinea )GoG) piracy incidents occur within the territorial water of a state (making them acts of sea robbery and internal crimes to the state where the incident occurred). Ship hijacking is a minor part of a larger scheme of robbery and crew kidnapping in the GoG. In addition, crew members get killed in the GoG, with 23 murders in 2015.

Piracy may have fallen off in the second half of 2015 in Southeast Asia waters, but, as you can see from the maps below, the first have must have been busy.

From the excellent work done by the International Maritime Bureau of the ICC, here are two maps of piracy incidents, the first being for 2015 for the area described int the OPB report, the second for the current year to 2 May: