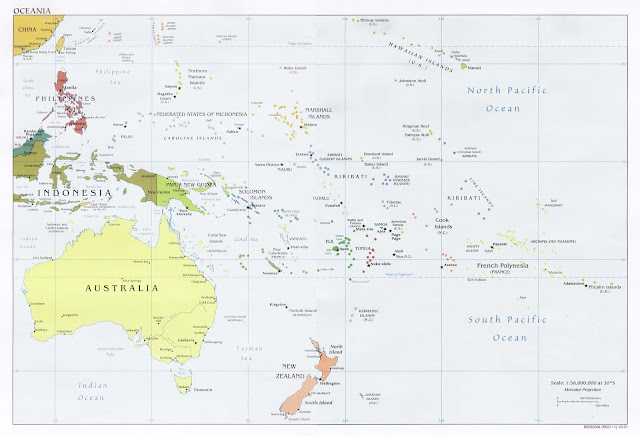 Interesting reading on how assumptions, even with close allies, can be troublesome - here in the case of Australia and the problems China raises, from the Lowy Institute for International Policy in Sydney:  The problem with American assumptions about Australia. First, a very nice description of what China is possibly doing to the international rule of law:


China's rise is not a threat in and of itself. But if Chinese leaders believe that they are not bound by international laws and norms, or that they can intimidate China's smaller neighbors into waiving their sovereign rights — as recent actions in the South China Sea would suggest — then China's rise could undermine the system that has served to foster an extraordinary run of peace and prosperity in this region for the last 25 years, with devastating consequences for the region, including Australia and the US.

But, the article goes on, it is a mistake for the U.S. to "assume" that this means all Aussies see the same threat level as some Americans do:


American officials frequently err, however, in assuming that the Australian defence community's views reflect a broader consensus in Australian society, or even the backbenches of parliament. As Rory Medcalf and James Brown noted in their Lowy Institute analysis in 2013, very few parliamentarians expressed much interest in defence policy. To the extent more do today, much of it seems to be motivated by rent-seeking in acquisitions. The Lowy Institute Poll last year showed that 77% of Australians see China as 'more of an economic partner to Australia' than 'a military threat.' Despite increased Chinese assertiveness over the previous few months, only 39% of Australians said they saw China as likely to be a military threat to Australia in 20 years, 9% fewer than the year before.

These views are particularly noticeable among elites in Australia's financial centres. The Wall Street Journal's editorial page seemed surprised to find former Prime Minister John Howard, 'sitting high above Sydney's sparkling harbor... [to be] cool when asked about China's maritime aggression in recent years.' But Howard reflects the sanguine view from executives in the office towers of Sydney and Melbourne, and among commercial elites in Australia's other capital cities.

In several corner suites, moreover, there is a concern, not that the Chinese leadership might be undermining the rules-based order, but that the US is recklessly raising tensions with China in a contest for regional primacy. This view holds that Australia's closeness to the US could pull it into a conflict that is not in Australia's interests. Such arguments overrate the risk of conflict between the US and China, and underrate the importance of the rules–based order to Australian prosperity. Some in the Australian defence community discourage their American counterparts from taking these arguments seriously, breezily declaring their proponents to be soft on China. But the Australians making them are not uninfluential.