Saturday Is Old Radio Day: Challenge of the Yukon - "The Perfect Crime (1949)" 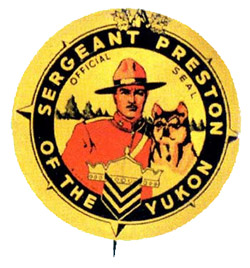 Mounted Police and his lead sled dog, Yukon King, as they fought evildoers in the Northern wilderness during the Gold Rush of the 1890s.
***
Preston's side-kick and ally (and arguably the true star of the show), was the brave Alaskan husky, Yukon King. Yukon King had a keen instinct for sensing criminals, and was equally valuable dealing with wild animals, once saving a small child from a wolverine.


Started as a 15 minute serial but later expanded into 1/2 hour shows. Here's one of the longer shows: