Sure they are "Iranian Navy Reveals Plans to Build Aircraft Carrier" 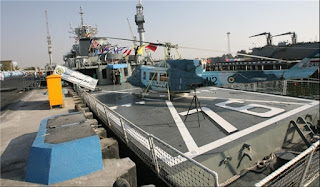 A senior Iranian Navy commander underlined the country's self-sufficiency to produce different types of weapons, missiles and equipment, and announced plans to construct an aircraft carrier.
"At present, the defense ministry and the Navy are both after building military equipment for naval warfare but the defense ministry is producing different types of missiles indigenously and the Navy's needs to missiles are met using this capacity," Deputy Navy Commander for Coordination Admiral Peiman Jafari Tehrani said on Monday.

"Building an aircraft carrier is also among the goals pursued by the Navy and we hope to attain this objective," he added.

"As we have managed to produce warships and submarines, we also have the capability to build aircraft carriers and heavy submarines," Sayyari said in 2014.

He underlined that building aircraft carriers and heavy submarines can be started upon a relevant decision by high-ranking Iranian officials.

The photo above accompanies the Fars article, In the past such a flight deck on a ship has caused the Iranians to call that ship a "helicopter carrier" which might be literally true sorta misses the point, doesn't it?

As a friend of mind used to say about a legal brief he was supposed to be writing but hadn't gotten around to, "It's just a matter of putting pen to paper." I guess Iran can plan to build anything. Perhaps even flying aircraft carriers if it so chooses, but there's lot of distance between plans and getting to work welding metal.

I'll help, though, by offering up some secret plans to them:

Perhaps they can use their famed "stealth fighter" on their planned carrier. Along with its fake drones. That would double the fun. In short, believe it when you actually see it,

They might as well announce that they have plans for the Death Star, In fact, here they are: 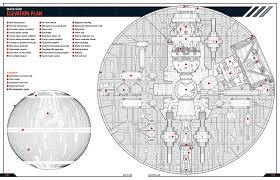