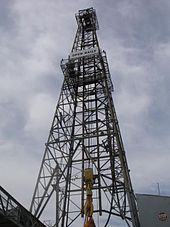 From the Peak Oil website, I Was Wrong About Peak Oil:


But two lucky things happened to delay this Peak Oil economic disaster. First, horizontal drilling and fracking allowed drilling companies to pump oil and natural gas out of hard to reach areas. As a result, the supply of oil (and its substitute natural gas) went up, with a commensurate reduction in oil and gas prices. Second, the availability of less expensive alternative forms of energy (particularly wind and solar) — combined with concerns about global warming — have reduced demand for fossil fuels.

I don't think "luck" had much to do with it. Good engineering and science, on the other hand, matter greatly.

An older article from the Audubon Society Will Wind Turbines Ever Be Safe For Birds?:


Wind turbines kill an estimated 140,000 to 328,000 birds each year in North America, making it the most threatening form of green energy. And yet, it’s also one of the most rapidly expanding energy industries: more than 49,000 individual wind turbines now exist across 39 states.

The wind industry has the incentive to stop the slaughter: Thanks to the Migratory Bird Treaty Act, it’s illegal to kill any bird protected by the Act—even if the death is "incidental," meaning it occurs unintentionally on the part of the wind farm. The Bald and Golden Eagle Protection Act recommends that to avoid eagle deaths, specifically, companies seriously consider where they site their wind developments, and that they also limit turbines’ impact using techniques like radar to detect incoming birds....

Oh, not just birds, bats, too, because of, you know, "unpredictability," (emphasis added)


Professor Fiona Mathews, of Exeter University, said: "The findings highlight the difficulty of establishing with certainty the effect of major developments before they occur.

"This is a real problem for the planning system.

"In most countries the system of Environmental Impact Assessment is based on the assumption accurate assessment of risks can be made in advance and so appropriate steps can be taken to avoid any adverse effects - or if the bad effects cannot be mitigated, then the development should not be permitted to go ahead.

"Our work highlights this can be difficult to achieve in practice as animals do not always behave the way we might anticipate."

While on the topic of wind turbines, there is the question of unintended consequences, even without their bird killing aspect, as set out in this Meteorology News blog post, Could Windmills Alter the Weather?


Scientists Daniel Barrie and Daniel Kirk-Davidoff of the University of Maryland have shown that installation of a massive wind farm covering the bulk of the central United States into central Canada would effectively “steal” energy from the atmosphere. As anyone who has studied basic physics may recall, in a closed system such as the Earth’s atmosphere, energy is conserved, that is, it cannot be created or destroyed. As air flows through the blades of a gigantic, 300-foot wind turbine tower, the wind energy turns the blades. This energy is robbed from the atmosphere, effectively slowing the wind speed proportionally. The greater the array of wind turbines, the more energy is removed from the atmospheric flow and the slower the ambient wind will travel.Slowing wind speeds by 5 or 6 miles per hour – while it sounds negligible, could have significant impacts on the large-scale atmospheric flow and yield consequences we do not yet understand.

I have not really looked at the environmental impact statements required of these "green" turbines, but . . .


Conservative estimates are that it would take at least a quarter-million wind turbines to meet the United States’ energy needs. Installation of such an enormous array of wind turbines would have a profound impact on the atmospheric wind flow over the surface of the United States and perhaps even other nations.

In retrospect, what seems an ironic use of the "butterfly effect" to promote wind power in the HuffPo:


Mathematician, meteorologist and chaos theory pioneer Edward Lorenz was the man behind the butterfly effect. The simple, appealing idea embedded in the analogy that if a distant butterfly flaps its wings a few weeks later you might have a hurricane on your doorstep.

How many hurricanes might a quarter-million wind turbines cause to arrive on your doorstep? What is the impact on taking millions of birds and bats out of our world?

Newton's third law seems applicable "For every action there is an equal and opposite reaction." It seems we don't yet know what all the reactions might be, but as noted above, there are many "laws" of science that apply to windfarms - including the first law of thermodynamics.

Email ThisBlogThis!Share to TwitterShare to FacebookShare to Pinterest
Labels: Fun with the Environment, Things to Consider, Things to Read