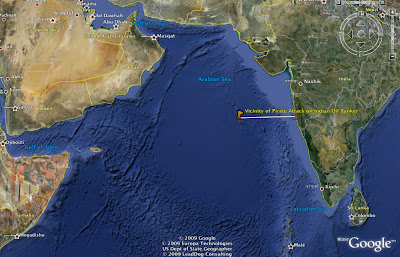 Updated report on attack discussed yesterday (see here) in a report from the The Times of India:

An Indian oil tanker, M T Maharaja Agrasen, dodged a suspected pirate attack in the Arabian Sea late Monday night. After a dramatic chase, which saw the Indian Navy and the Coast Guard swinging into action, the tanker managed to escape.
***
"The owners contacted the directorate and informed us that the vessel was under attack by eight unlit boats about 366 nautical miles (about 695 kms) west of Ratnagiri," said a DGS official.