Sunday on Midrats: Talking Guadalcanal and the U.S. Navy with James D. Hornfischer 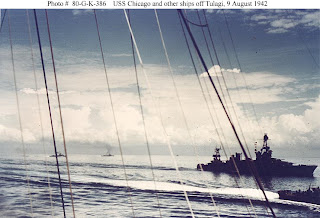 Sometimes a Navy surface warfare officer feels like Rodney Dangerfield - "I don't get no respect."

Part of the problem, it seems to me, is that we tend to stress our mistakes and shortcomings instead of focusing on the great feats of arms that should be carved  into the decks of our haze gray hulls.

Naval aviation, submariners and special warrior rightfully have staked out their places in modern history.

The surface warrior? Well, not so much.

Part of that is, of course, the U.S. Navy has been so dominant on the oceans of the world for so long that there have been few surface actions involving the fleet since - well, since World War II.

Shooting up some offshore oil rigs - it just isn't all that much.

And even when talking about WWII, it's the carrier battles that usually pop up - Coral Sea, Midway, the Great Marianas Turkey Shoot . . .

Sure, there were WWII surface battles that come to mind, like the Battle of Surigao Strait - the last great "all surface" battle- or the Battle of Samar, where a handful of destroyers, a few Navy pilots and some escort carriers took on a much superior Japanese force and, well, you can read all about it in James Hornfischer's Last Stand of the Tin Can Sailors.

Then there is the story of the great naval battles fought in the waters off Guadalcanal - a tale that begins with the near disaster of the Battle of Savo Island (at look at which you can find here) and with the seemingly eternal grudge of Marines toward the Navy that "abandoned" them on Guadalcanal. 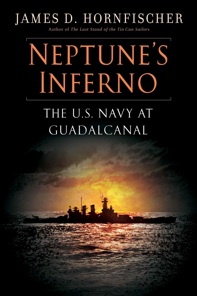 Well, now, wouldn't it be nice if Mr. Hornfischer had written a book on that topic? Try this: Neptune's Inferno: The U.S. Navy at Guadalcanal:


Neptune’s Inferno is at once the most epic and the most intimate account ever written of the contest for control of the seaways of the Solomon Islands, America’s first concerted offensive against the Imperial Japanese juggernaut and the true turning point of the Pacific conflict. This grim, protracted campaign has long been heralded as a Marine victory. Now, with his powerful portrait of the Navy’s sacrifice—three sailors died at sea for every man lost ashore—Hornfischer tells for the first time the full story of the men who fought in destroyers, cruisers, and battleships in the narrow, deadly waters of “Ironbottom Sound.” Here, in brilliant cinematic detail, are the seven major naval actions that began in August of 1942, a time when the war seemed unwinnable and America fought on a shoestring, with the outcome always in doubt.

And wouldn't it be great to discuss his books with Mr.Hornfischer?

Well, this Sunday 5pm Eastern, Mr. Hornfischer visits us at Midrats Episode 84 James D. Hornfischer which my co-host CDR Salamander has described as: 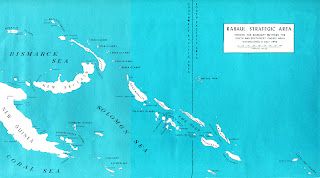 When you mention books on naval history, there are but a few authors whose work immediately come to mind, and our guest is one of them.

Unquestionably one of the finest writers of naval history of the last half-century; James D. Hornfischer.

We have talked about his books on a regular basis both on Midrats and over at our homeblogs; The Last Stand of the Tin Can Sailors and Ship of Ghosts. He has a new book out, one that will be required reading for his fans - Neptune's Inferno: The U.S. Navy at Guadalcanal.

We will have him for the full hour, so don't miss the discussion of the U.S. Navy in the opening of WWII, the lessons we should take from history, and the importance of the study of naval history for both the professional and amateur.