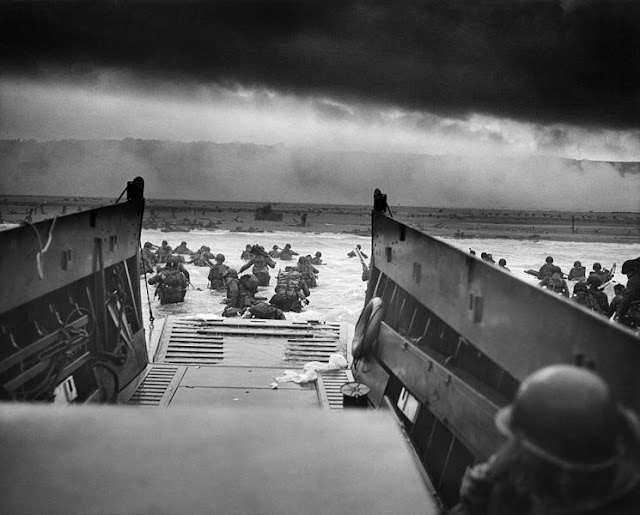 
The Normandy invasion took place in the Bay of the Seine, on the south side of the English Channel between the Cotentin Peninsula and the port of Le Havre. Some fifty-five miles broad and twenty deep, its waters were shallow, had a considerable tidal range, and, when the wind blew from the northward, could be very choppy. The planned landing beaches covered about forty-five miles of the Bay's shoreline. Westernmost was "Utah" Area, stretching eight miles southward along the low-lying southeastern coast of the Cotentin Peninsula. Directly to the east was "Omaha" Area, covering twelve miles of generally hilly terrain. United States forces were assigned to take both of those areas, with important assistance from the navies of Great Britain and other Allies. British and Canadian troops would assault the areas code-named "Gold", "Juno", and "Sword", which ran twenty miles eastward from "Omaha". This sector ended at the mouth of the Orne River, some fifteen miles west of Le Havre, where the German Navy based a group of potentially very dangerous torpedo boats.

Now, the vise was closing on the Germans - in the East the Russians were pressing, in the South, the "soft underbelly" (which proved hard enough to crack to mock that phrase) was giving way (Rome captured 4 June 1944), and now, the new "Western front" - Germany pinched - not yet defeated, but it became the beginning of the end.