UPDATE: Well, sometimes things don’t go as planned, and so it went for this show. So, we winged it a little and then started a “Best of Show” on China. Sorry. 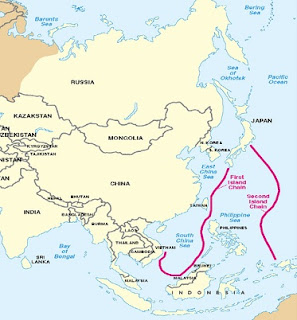 As a growing maritime power, when China looks east, southeast, and south - how does it see its neighbors?
Even more importantly - how do its neighbors see it?
Is Russia even a top-tier concern?

Our guest for the full hour will be Wendell Minnick, author, commentator, journalist and speaker who has spent two decades covering military and security issues in Asia, including one book on intelligence and over 900 articles.
Since 2006, Minnick has served as the Asia Bureau Chief for Defense News, a Washington-based defense weekly newspaper.
From 2000-2006, he served as the Taiwan Correspondent for UK-based Jane's Defence Weekly.

Join us live by clicking here or pick the show up for later listening here or on the Midrats iTunes page here.
Posted by Mark Tempest at 6/23/2012 09:36:00 PM

Email ThisBlogThis!Share to TwitterShare to FacebookShare to Pinterest
Labels: China, Midrats on Blogtalkradio