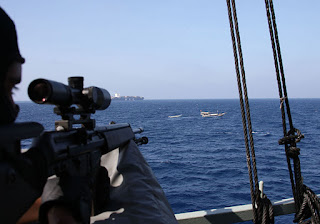 Countries that are saying "No" to private armed security teams on their flag merchant ships: Netherlands:


The Dutch government does not allow ship owners to have armed guards on board, but it does provide marines as protection. However, ship owners and insurers say there are not enough of them.

Hillen says he thinks the ship owners are protesting at the cost of the marines, who cost twice as much as private security guards, say press reports. He will see if the cost can be reduced but can give no guarantee.


Transportation Minister E.E. Mangindaan said the hiring of private armed security guards on ships had been a pretty hot issue at the recent meeting of the International Maritime Organization’s (IMO) maritime safety committee in London; it had also been the subject of prolonged debate among stakeholders at home.

“But the government will consistently oppose the proposal due to the absence of national and international legal instruments,” Mangindaan said during the opening of the International Transport Workers’ Federation’s Asia-Pacific regional conference in Jakarta on Tuesday.