Things to Read and Listen To 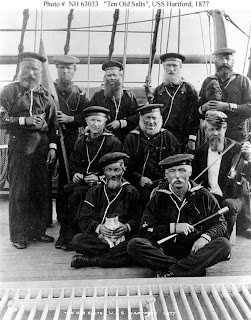 Private maritime security companies: Lt. Kurt Albaugh's discussion of how private companies fill a need in counter-piracy with some more discussion at LCDR Claude Berube's “The Evolution of Privateers to PCASPs”

A little naval history about a "disruptive thinker" in a series by LCDR B. J. Armstrong: A Junior Officer and a Discovery", The Gritty Truth of Junior Leader Innovation and Expertise, Voice, Grit and Listening . . . a Look at the Possible.

A little discussion of "disruptive thinkers" on the latest Midrats episode Episode 127: Disruption, Disfunction & Leadership. Which may or may not play into a discussion of a military "generation gap" at Jeannette Haynie's "The Military Generation Gap (or 'What's Wrong with These Fools?"), with reading the comments highly recommended because there is a real discussion there, which, after all is one of the goals of the USNI.

Missing from all this is some of the chat room discussion from the Midrat's show linked above, which included suggestions that some (all?) of the older generation of military leaders retire or otherwise get out of the way to make room for the new. Such suggestions are, as you might guess, usually made by the younger crowd. I might have even made the same suggestions when I was a young ensign . . .

About a zillion years ago, when I was somewhat younger myself, there was this Bob Dylan song that also raised a similar argument, The Times They Are A-Changin': 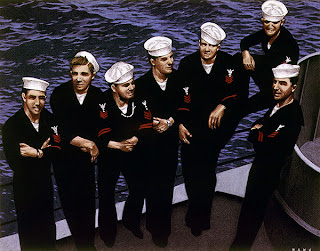 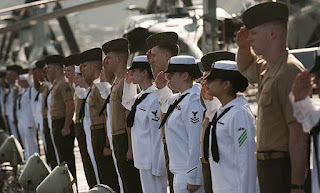 Change "mothers and fathers" to "generals and admirals" and, well, there is an anthem there for someone to seize on.

I would note, however, before the crowd runs amok and demands gray haired heads on pikes, that Halsey, Nimitz, Mitscher, Spruance, Eisenhower, MacArthur, King, Leahy, Patton, and Marshall were all in their 50's or older in 1941 when the U.S. got into WWII. Omar Bradley was "only" 48 when at the start of U.S. involvement.

So, yeah, there is always going to be a "generation gap" but the seems to me that the key is not to toss off the old just because of some arbitrary age thing.

UPDATE: Oh, got caught in something else and forgot to mention that you should be looking over at Information Dissemination for a slew of great guest posts put there as part of ID's 5th anniversary - all great reads.