A slightly updated re-posting from 2009 as part of the 70th Anniversary of the Battle of Midway: 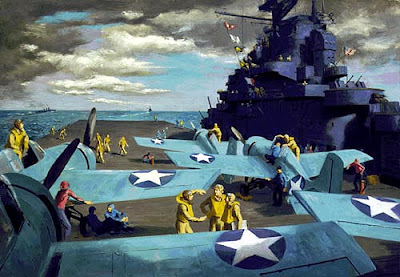 In preparing for a major sea battle, make sure of the following:
70 years ago. The Battle of Midway.