News You Can Use to Take a Vacation Day: "Alien Spaceships to Attack Earth in November 2012" 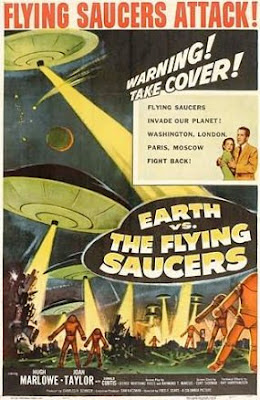 Sometimes you just have to read the Weekly World News which reports ALIEN SPACESHIPS TO ATTACK EARTH IN NOVEMBER 2012!:


Beginning in August of 2012 the U.N. will begin preparing citizens of the world for the second attack of the three Gootan spaceships and a subsequent alien attack, which they predict will be “a large-scale assault.”

Thank goodness for the U.N., by golly.

I wonder, though, exactly how one prepares for the attack of the Gootan spaceships?

Do you think the U.N. will do its usual bang up job of preparation? Are the Security Council resolutions drafted forbidding the attack? Oh, I hope so.

Oh, perhaps, like me, you missed the first attack, I guess I was busy or something.

Apparently, according to WNN, there are Gootans already among us.

I guess now you can say you have been warned.