What I heard at the Marine Corps War College graduation

First, congratulations to the graduates of the various programs offered by the Marine Corps University who were honored on 6 June. You are an impressive group, you mid-career Marines, Air Force, Navy, Coast Guard and Army officers, along with the remarkable group of foreign military students from Afghanistan to Ukraine who were your classmates.

For those of you who could not attend this ceremony, part of the MCU is the Command and Staff College (CSC) which enrolls Marine/AF/Army majors and Navy/Coast Guard Lieutenant Commanders who have taken on the challenge of a military career.*

If not all future generals or admirals, these CSC grads will be part of that core around which forms the U.S. military. And, yes, I know that there are those other Command and Staff schools who also annually send a couple of hundred of graduates out into the field for field commands but I was at this graduation.

For the graduates, a career milestone has been checked off. The first PME has been fulfilled.

Of the 204 or so 2012 graduates of the CSC about 164 received Masters of Military Science degrees. Unknowing civilians may scoff at such a degree, noting its apparent lack of usefulness in their civilian world.

That civilian world misses the point.

You want your military to have read Clausewitz, to have walked the fields of Gettysburg, to have studied logistics and read John Boyd, because that is the world of the military professional.

You want that hard-charging young major or LtCol to draw on more than just personal experience when the nation's defense is in his or her hands.

Second, let me talk about the graduation speech for the class of 2012. The Assistant Commandant of the U.S. Marine Corps delivered it. 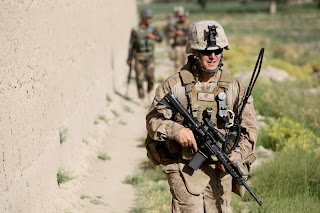 It was short as such things go, but a couple of things struck me. In the absence of a transcript, you will have to live with my recollection (and I was not taking notes).

General Dunford pointed out that for some time there were few changes in the way in which the Marines went to war. He noted that when he entered the Corps, he was issued the same "cold weather gear" that his father had used in the Korean War ("not like the gear my father used, but the same gear") and that a platoon leader in Korea or Vietnam would not have had difficulty, if magically transported to the future, with the tactics first employed in Iraq and Afghanistan.

He then noted in past few years that great changes have occurred in the ways of war. Changes such that a Marine who fought in Afghanistan 6 years ago would not find things the same - there had been such a rapid revolution in tactics and equipment that the American battlefield was off in a new direction. A platoon once responsible for a limited front, now has coverage of a vastly larger area. Better communications, better equipment, and (I assume) better Marines allow such an expansion of responsibility.

Then the challenge - he had a couple of good yarns about things that seemed, well, "unnecessary" at the time they occurred. He spoke of an effort he led, as a young colonel, to assess the threat to and protection of various key national infrastructure assets - ports and bridges and highways and the like - which his boss did not really appreciate the need for, at least in early 2001. 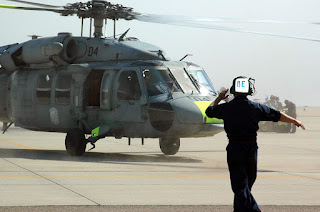 He also spoke of a paper written by a young officer that addressed the threat of "improvised explosive devices (IEDs or roadside bombs)" and suggested a look at the South African response to such weapons. All of which ultimately led to the MRAP vehicle. The paper was written in 1996 by an officer taking a "what if?" look at things.

Things change. You never know exactly how, so you need to be flexible and ready.

So, Lesson 2: "Challenge the conventional thinking."

We no longer line up in box formations and attack in broad fronts. The aircraft is not just used for spotting targets. Submarines are not interesting novelties. Anti-ballistic missile systems can work. OODA. 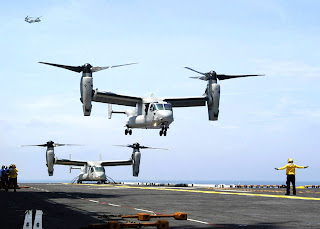 I don't know how many of the graduates were listening to the speech.

I can't remember a single line of any graduation speech I have ever heard because, well, I had other things on my mind. Like getting the heck out of there.

But, if they were listening they should have heard the warning order implied in the softly delivered speech, which I took to be:


We do not know what you will face in the future, We only know that you will need to use your education and experience to face those challenges that come your way. We have added to your tool kit and trust you to put those tools to good use.

Our national defense is- well - you and your band of brothers in arms.

Be flexible, be ready, be strong.

Because you never know.

Email ThisBlogThis!Share to TwitterShare to FacebookShare to Pinterest
Labels: National Defense, The Family Business, Who Serves in the Military