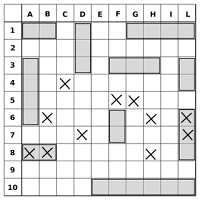 Given his great confidence in aircraft carriers and submarines, President Obama should take careful note that the board game includes them, too, with the carrier being the game's largest and most vulnerable ship -- just as it is in the real world today, as the array of smart, high-speed weapons that have emerged in recent years pose mortal threats to these behemoths. The most valuable vessel in "Battleship" -- that is, the one that is hardest to find and hit -- is also the smallest combatant.

Indeed, if Romney had remembered ever playing the game with any of his five sons, he might have been able to rebut the president on the spot. He could have said: "Of course this is ‘Battleship.' That's why I want a lot of smaller, but still well-armed vessels for the U.S. Navy, not just a handful of extremely expensive, highly vulnerable aircraft carriers and a few dozen submarines. China has hundreds of lethal missile and torpedo boats. We need more small, swift ships of our own that pack a real punch."

Small, fast, well-armed and numerous. Spreading the eggs to many baskets.

By the way, Captain Wayne Hughes of the Navy Postgraduate School wrote a book looking at this topic, Fleet Tactics and Coastal Combat that addresses the idea that finding the enemy first and getting off the first shots is vital, or as his book says, "Attack effectively first."