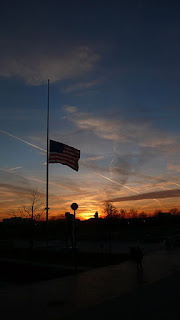 There is a military tradition that has led to American fighting men taking comfort that they will not be abandoned on the battlefield.

The Army Creed reads, in part:

I am an American Soldier.
I am a Warrior and a member of a team.
I serve the people of the United States, and live the Army Values.
I will always place the mission first.
I will never accept defeat.
I will never quit.
I will never leave a fallen comrade.

U.S. Marines live by this rule, A deadly day: Marines under fire leave no man behind


Recognizing that I volunteered as a Ranger, fully knowing the hazards of my chosen profession, I will always endeavor to uphold the prestige, honor, and high esprit de corps of the Rangers.
Acknowledging the fact that a Ranger is a more elite soldier who arrives at the cutting edge of battle by land, sea, or air, I accept the fact that as a Ranger my country expects me to move further, faster and fight harder than any other soldier.
Never shall I fail my comrades. I will always keep myself mentally alert, physically strong and morally straight and I will shoulder more than my share of the task whatever it may be, one-hundred-percent and then some.
Gallantly will I show the world that I am a specially selected and well-trained soldier. My courtesy to superior officers, neatness of dress and care of equipment shall set the example for others to follow.
Energetically will I meet the enemies of my country. I shall defeat them on the field of battle for I am better trained and will fight with all my might. Surrender is not a Ranger word. I will never leave a fallen comrade to fall into the hands of the enemy and under no circumstances will I ever embarrass my country.
Readily will I display the intestinal fortitude required to fight on to the Ranger objective and complete the mission though I be the lone survivor.
Rangers Lead The Way!!!


"In times of war or uncertainty there is a special breed of warrior ready to answer our Nation's call; a common man with uncommon desire to succeed. Forged by adversity, he stands alongside America's finest special operations forces to serve his country and the American people, and to protect their way of life. I am that man.

My Trident is a symbol of honor and heritage. Bestowed upon me by the heroes who have gone before, it embodies the trust of those whom I have sworn to protect. By wearing the Trident, I accept the responsibility of my chosen profession and way of life. It is a privilege that I must earn every day.

My loyalty to Country and Team is beyond reproach. I humbly serve as a guardian to my fellow Americans, always ready to defend those who are unable to defend themselves. I do not advertise the nature of my work, nor seek recognition for my actions. I voluntarily accept the inherent hazards of my profession, placing the welfare and security of others before my own.

I serve with honor on and off the battlefield. The ability to control my emotions and my actions, regardless of circumstance, sets me apart from other men. Uncompromising integrity is my standard. My character and honor are steadfast. My word is my bond.

We expect to lead and be led. In the absence of orders I will take charge, lead my teammates, and accomplish the mission. I lead by example in all situations.

I will never quit. I persevere and thrive on adversity. My Nation expects me to be physically harder and mentally stronger than my enemies. If knocked down, I will get back up, every time. I will draw on every remaining ounce of strength to protect my teammates and to accomplish the mission. I am never out of the fight.

We demand discipline. We expect innovation. The lives of my teammates and the success of the mission depend on me — my technical skill, tactical proficiency, and attention to detail. My training is never complete.

We train for war and fight to win. I stand ready to bring the full spectrum of combat power to bear in order to achieve my mission and the goals established by my country. The execution of my duties will be swift and violent when required, yet guided by the very principles I serve to defend.

Brave men have fought and died building the proud tradition and feared reputation that I am bound to uphold. In the worst of conditions, the legacy of my teammates steadies my resolve and silently guides my every deed. I will not fail."

Medals are awarded to those who brave fire to rescue their comrades in arms:


With a brave driver at the wheel, Meyer stood in the gun turret exposed to withering fire, rallying Afghan troops to follow. Over the course of the five hours, he charged into the valley time and again. Employing a variety of machine guns, rifles, grenade launchers, and even a rock, Meyer repeatedly repulsed enemy attackers, carried wounded Afghan soldiers to safety, and provided cover for dozens of others to escape - supreme acts of valor and determination. In the end, Meyer and four stalwart comrades - an Army captain, an Afghan sergeant major, and two Marines - cleared the battlefield and came to grips with a tragedy they knew could have been avoided. For his actions on that day, Meyer became the first living Marine in three decades to be awarded the Medal of Honor.


But this? Panetta: Military lacked enough information to intervene during Benghazi attack


"(The) basic principle is that you don't deploy forces into harm's way without knowing what's going on; without having some real-time information about what's taking place," Panetta told Pentagon reporters. "And as a result of not having that kind of information, the commander who was on the ground in that area, Gen. Ham, Gen. Dempsey and I felt very strongly that we could not put forces at risk in that situation."


"In attempting a rescue the keeper will select either the boat, breeches buoy, or life car, as in his judgment is best suited to effectively cope with the existing conditions. If the device first selected fails after such trial as satisfies him that no further attempt with it is feasible, he will resort to one of the others, and if that fails, then to the remaining one, and he will not desist from his efforts until by actual trial the impossibility of effecting a rescue is demonstrated. The statement of the keeper that he did not try to use the boat because the sea or surf was too heavy will not be accepted unless attempts to launch it were actually made and failed

Nothing in the American military history has ever suggested me that the excuse of "not enough information" has been acceptable as a reason not to do something when your comrades in arms are in trouble and need help. Our armed forces exist to go into harm's way to protect Americans, American property and to live up to that part of that Ranger Creed:


I will never leave a fallen comrade to fall into the hands of the enemy and under no circumstances will I ever embarrass my country.

Too bad that Creed doesn't seem to flow upwards. So much for keeping the faith.


Perhaps he made his most courageous decision on 05 June. His SBD's were launched late in the afternoon and did not get back until after dark. Without knowing how many IJN subs were lurking nearby, he had ENTERPRISE and HORNET turn on their lights so that their aircraft could land aboard. . . He did this for two very good reasons:

Email ThisBlogThis!Share to TwitterShare to FacebookShare to Pinterest
Labels: Courage, No Man Left Behind