Midrats this Sunday, Episode 147: The Recipient's Son and Navy PAOs


Our show today will have guests that have seemingly unrelated topics - but both are connected to one thing; getting the story of our Navy, its people, and its culture out to the larger population.

For the first half of the hour, we will have returning guest Stephen Phillips. Steve is a 1992 graduate of the U.S. Naval Academy. He began his naval career as a surface warfare officer in USS Harlan County and USS San Jacinto. He then applied and was accepted into the Navy’s Special Operations community. He subsequently served as an Explosive Ordnance Disposal (EOD) Technician at EOD Mobile Units Six, Eight, and Ten.

Steve is the author of the awarding-winning debut novel, Proximity, describes life as a Navy EOD Technician in the war on terrorism. His second novel,The Recipient’s Son, is a coming of age story that takes place at the U.S. Naval Academy in the late 80’s early 90’s. 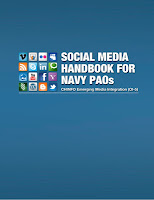 Our guest for the second half of the hour will be LCDR Chris Servello, USN, director, Navy Newsdesk (OI-31) and Public Affairs Assistant to the Vice Chief of Naval Operations.

Chris will be here on his own behalf to discuss the role of the PAO in today's media environment. We'll also discuss how someone becomes a PAO along with some of the misconceptions and surprising aspects of what a PAO does.

Join us live by clicking here or use that link to download the show later which you can also do by going to our iTunes page here.
Posted by Mark Tempest at 10/27/2012 10:56:00 AM