A few years ago there was a storm that dumped a bunch of snow on the nice area where I live in the American South. 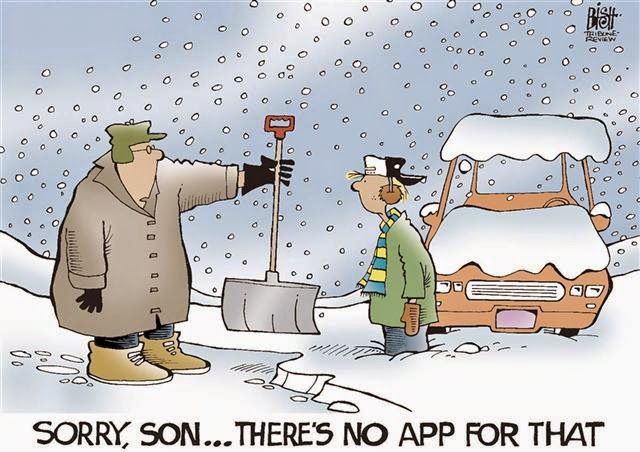 Now we don't usually get much snow down here and even the threat of a few inches has been known to bring the place to a full stop for a couple of days. This usually causes my friends and relatives who have, for reasons best known to them, decided to live in really cold places, to call me up and tell me what a place of wimps I have landed in.

Many of these relatives seem to have forgotten that I lived in Nebraska and Wyoming and in Michigan and have "enjoyed" the effects of snow and ice and grayness that lasts for months. I recall the sub-zero days and nights. I have trudged through snow over my boot tops to get to school and back home with the icy wind in my face both ways.

I settled where I am because we don't get much snow down here and that is just fine with me.

However, when do we get one of those 8 to 18 inch "dustings" I undertake all the things I learned as a teenager whose father decreed that the driveway and sidewalks must be cleared of snow as soon as possible after a storm and that the primary function of a teenage boy was to accomplish that task.

Imagine my surprise then following one "snow event" that people in one of our suburbs (a town whose name has be declared to be an acronym for "Containment Area for Relocated Yankees") were shown on television coverage of this disaster complaining they were trapped in their homes because their town, county and state hadn't come to clear out their cul de sacs. They were unable to get to the store for bread and milk and other essentials of life, like doughnuts and bagels. "Harrumph! Harumph!" they said, "Why back in New Connectimassjersey this would never happen."

So I sat there and thought, "Right - but you may have noticed that the address on your house indicates you are now in a whole different place - which, presumably, you chose because snow and ice 'events' occur somewhat less frequently here than in -say- Buffalo, NY. Those lower taxes you pay here? Because we don't spend a ton of money on snow removal equipment, we save tax dollars." 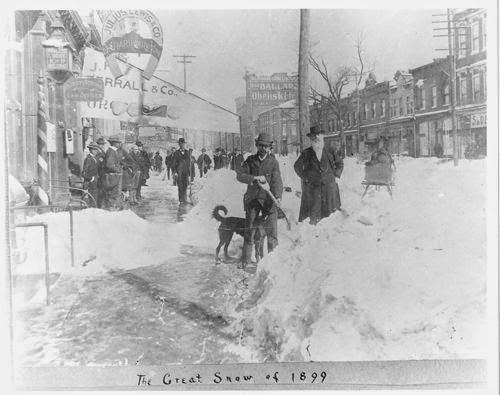 Later, as I was out shoveling snow off the driveways and walks of some of my elderly neighbors and even some of the streets by our houses, I thought, "Wait. What's stopping those folks from doing what I'm doing and getting off their duffs to shovel out some part or all of their precious cul de sacs? Why don't they get together with their neighbors and clear paths to the main roads?"

I don't know the answer to that question, but it dawned on me that we seem to have lost those "self help" and "help your neighbor" ideals somewhere if all you can do is whine about how slow the government is to get to you.

All you really need to do is to talk to your neighbors every now and then (heck invite them over for a get together on your front lawn - they probably won't bite) and mention a few things that have been known to happen in your neighborhood (trees falling down in the streets, snow, etc) and talk up a little cooperation in helping clear things up to make it better for everyone.

Hey, look at this as an example: 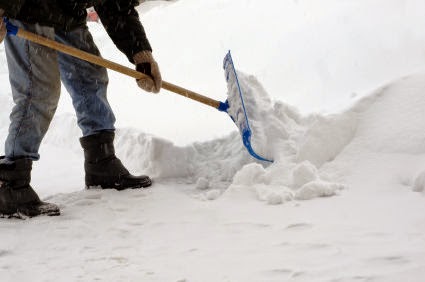 1. Start a neighborhood team to help shovel snow for elderly and those unable to shovel.

2. Residents and businesses should ensure all accessible parking spaces for people with disabilities are cleared of snow and ice.

3. Don’t put trash cans and recycling bins out until after the plows have come.

4. If possible, remove parked cars from the road. Navigating around objects severely hampers a plow or heavy equipment driver’s ability to clear the roads and costs valuable time.

5. Clear snow away from fire hydrants in your neighborhood. Ask neighbors to adopt a fire hydrant and clear snow and ice away from all hydrants so that they are easily visible in the event of a fire.

6. Shovel snow into the yard instead of into the street to minimize the problem of the snowplow covering your driveway with snow after you've just shoveled it.

7. Keep the openings of storm drains clear of snow and debris to help alleviate potential flooding and to protect the environment. (At no time, however, should a resident attempt to enter a storm drain to remove debris.)

8. Remove all portable basketball hoops from the road when possible.

9. Volunteer to use equipment you may have such as small snow blowers for a community removal effort.

10. Driving on snow is dangerous and packs the snow into compact sheets that turn to ice, making it much harder and more expensive to remove. If possible, don’t attempt to drive before the plows come to your neighborhood.