The really, really impressive DPRK hacks Sony Pictures Entertainment and threatens to use its mighty power to "create a sea of fire" (a standard NoRK threat) or its equivalent and kill every single person who decides to go watch a movie:


The Sony hacking saga took a sinister turn on Tuesday when hackers sent a message threatening to target theaters showing “The Interview” in a 9/11-type attack.

As we all now know, Sony has decided not to expose its customers to such a threat and pulled the movie.

From a corporate liability view, I get it.

On the other hand, who will line up next to threaten movie and television studios about the content of their shows? Russia? Iran? Pakistan? China? al Qaeda? The Taliban? Boko Haram? Hamas? 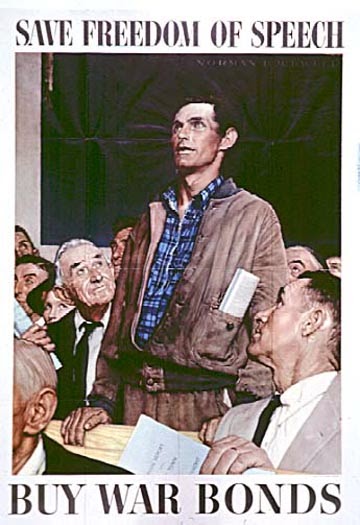 So, I would guess this includes pretty much anyone who doesn't like to be portrayed in a negative light.

Or, at least, in a light that they feel is negative.

Looks like Hollywood writers need to get working harder on more "space alien" movies where the bad guys come from very far away.

At least until the Gbaba show up.

On the other hand, we could, oh, I don't know, stand up to this sort of bullying effort. Otherwise, you can pretty much kiss freedom of speech good-bye because of a heckler's veto - which you might remember from the excuses rationale offered for the Benghazi attack. 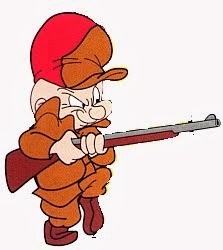 Despite the way in which we seem to submit to threats, we really are not 98-pound weaklings. Just confused a little because we forget our values. "Millions for defense, but not one cent for tribute" expressing one of them.

By the way, I wonder if the current Kim-in-Charge would like us to -um- censor his often looney comments about the world by, oh, threatening the future existence of the worst regime on the planet if he opens his yap again? After all, we technically are still at war with the DPRK.

Meanwhile, I think Team America is available on Netflix and Amazon. On my list for tonight's film.

Or even in a theater in Texas. UPDATE: Paramount has now pulled the plug on showing Team America - even in Texas. The next time any Hollywood idiot starts to talk about "courage" and "freedom of speech" just walk away. No point it listening to such babble from cowards.

Trust me, Chubby Kim, you do not want to mess with Texas. Messing with Hollywood is much easier, apparently.