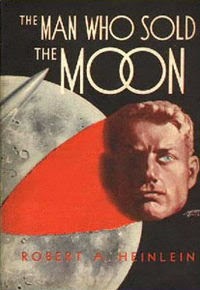 
How anybody expects a man to stay in business with every two-bit wowser in the country claiming a veto over what we can say and can't say and what we can show and what we can't show — it's enough to make you throw up. The whole principle is wrong; it's like demanding that grown men live on skim milk because the baby can't eat steak.


In light of Kim the Chubby from the DPRK's veto power over what an American company can put into the marketplace of ideas, consider these words from the past:

People say we ought not to allow ourselves to be drawn into a theoretical antagonism between Nazidom and democracy; but the antagonism is here now. It is this very conflict of spiritual and moral ideas which gives the free countries a great part of their strength. You see these dictators on their pedestals, surrounded by the bayonets of their soldiers and the truncheons of their police. On all sides they are guarded by masses of armed men, cannons, aeroplanes, fortifications, and the like — they boast and vaunt themselves before the world, yet in their hearts there is unspoken fear. They are afraid of words and thoughts; words spoken abroad, thoughts stirring at home — all the more powerful because forbidden — terrify them. A little mouse of thought appears in the room, and even the mightiest potentates are thrown into panic. They make frantic efforts to bar our thoughts and words; they are afraid of the workings of the human mind. Cannons, airplanes, they can manufacture in large quantities; but how are they to quell the natural promptings of human nature, which after all these centuries of trial and progress has inherited a whole armoury of potent and indestructible knowledge?
Winston Churchill, in "The Defence of Freedom and Peace (The Lights are Going Out)", radio broadcast to the United States and to London (16 October 1938)