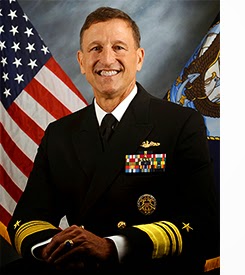 Sam LaGrone of USNI News delivers the goods with his interview of Vice Adm. William Hilarides in NAVSEA Chief Talks Risk, Cyber and A New Era of Naval Shipbuilding. Go read it.

Admiral Hilarides is point man for applying new ways of doing the Navy's business in a time of budget cuts and, sadly, an increasing level of "sea blindness" in our country's leadership and people.

As I wrote before:


The U.S. Navy has a mission: Protect the United States of America.


Part of the problem, I guess, is that the U.S. Navy and it better allies have done too good a job in keeping seas open for the past 70 years. Another part of the problem is the idiots who keep pointing out that the U.S. Navy is "x times" bigger than all the rest of the world's fleets put together or words to that effect. See here.  See also Neither "Horses or Bayonets" - Why the Size of the Navy Matters:


The sea is a harsh operating environment. And, unlike a company that operates a fleet of trucks or cars, we can't just pick up a bunch of the new model year from the local dealer. You have to have a plan - have a strategy and build a fleet to match that strategy. 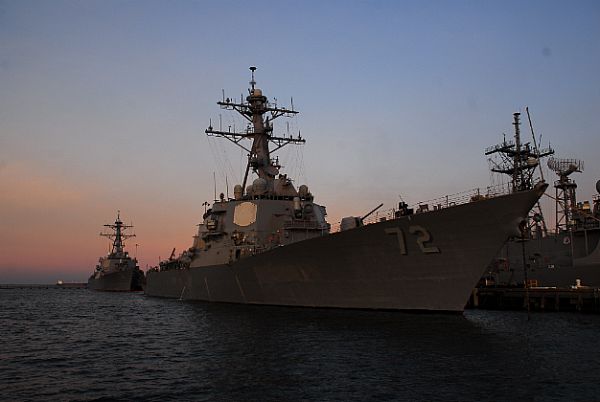 Stennis is on a unusual planned long deployment - because we really don't have enough carriers given the demands for their services.


So, if you cut ships enough, what missions are you going to give up? 46% of the fleet is at sea now in some form or another...

One quote from the NAVSEA interview about government action in a time of high unemployment:

“In [2013] the sequester and the shutdown resulted in me not being able to hire in my public shipyards for almost nine months. I lose about 1,000 people a year across the four yards due to attrition, and so during those nine months, we went down a thousand but we were in an increasing requirement,” he said.

It took NAVSEA nine months after the freeze was lifted to hire back to pre-shutdown levels and it continues to hire at a maximum rate but there is still a so-called divot in the maintenance schedule.