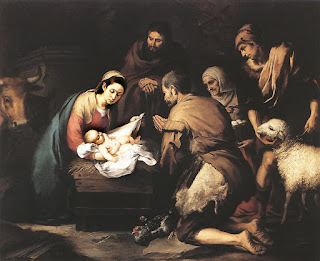 More Christmas spirit with a slew of Christmas stories about generous people paying off strangers' Kmart and Walmart Layaway balances:

'Layaway Angels' Give Hundreds of Thousands of Dollars to Walmart Shoppers


The holiday trend is alive and well at the world’s largest retailer.

“Layaway Angels” seem to be coming out of the weeds this season to reignite our holiday spirit. Especially at Walmart.

First, Fortune reported that one mysterious donor in Northeast Ohio paid off over $100,000 worth of layaways at two Walmart locations, helping more than 200 customers celebrate Christmas. Then we began to notice this trend popping up in various cities.

An anonymous businessman, known only as “Santa B.” (rather than the more familiar “Santa C.”), contributed a total of $158,000 to two Walmart stores in Pennsylvania. ABC 27 reported a $79,000 donation to a Harrisburg location, and KUTV reports the same amount was donated to a Walmart in Mechanicsburg.


Three separate donors gave more than $100,000 each to stores in Florida, Pennsylvania and Ohio. They spent a combined half million dollars.

Walmart spokesperson Wyatt Jefferies also said an anonymous donor in Tulsa, Oklahoma, indicated plans to give $25,000 to a store and give $100 gift cards to layaway customers.

Toys R Us said mystery donors have given more than $50,000 to seven stores around the country over the past week, settling more than 300 customers’ accounts.

Kmart says it’s also received secretive donations to pay down scores of customers’ layaway contracts. The company also partners with a non-profit called Pay Away the Layaway, which accepts donations to buy toys, clothes, coats and books held on layaway.

Kmart says more than $60,000 has been put toward clearing balances.

Hayward Kmart shoppers treated to ‘Pay Away The Layaway':


Cassandra Mathews of Hayward was one of the unsuspecting shoppers. She said she's doing the best she can to give her grandchildren a few nice Christmas presents, partnering up with their other grandmother. She says she had to put some things on layaway, paying little by little.

Not much, not overboard, but they're going to know it's Christmas," Mathews said, "My grandchildren are 3, 6, and 2 and it's kind of hard to see other children that age, playing outside with something new and they don't have anything."

On Tuesday evening, workers took Mathews to the back of the store where some ‘Layaway Angels’ were waiting.