This could hurt the proposed canal funding: "Nicaragua's Momotombo volcano has just erupted for the first time in 110 years" 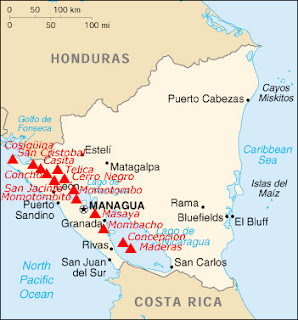 Nicaragua's Momotombo volcano has just erupted for the first time in 110 years:


Nicaragua's largest volcano, Momotombo, has started erupting for the first time since 1905, and it's putting on one hell of a show. Schools in the region have been evacuated, but fortunately for now the hot rock and ash "are heading toward very sparsely populated areas," says government spokeswoman Rosario Murillo.

As noted in the first link, it was an image of Momotombo on postage stamp that helped place the Panama canal where it is - in an area without such issues.