That great big alternative to the Panama Canal seems to have run into some trouble, as reported here:


Construction work on a controversial canal that would link the Pacific Ocean with the Caribbean via an overland route across Nicaragua and through Central America’s largest lake has been postponed until late 2016, says the company behind the project.

China-based HKND Co. issued a statement Wednesday saying that “the construction of locks and the big excavations will start toward the end of 2016,” adding that “the canal’s design is currently being fine-tuned.”
****
The project has drawn sharp criticism from scientists over its potential impacts on Lake Nicaragua and delicate coastal ecosystems. Local communities concerned about their farmland have also protested the project, while some policy experts have raised doubts about its financial viability. China’s economic downturn and the worldwide collapse in commodity prices, have further undercut enthusiasm for the project.

It does have, on the other hand, an Nicaraguan government "environmental permit" so it has that going for it.

Not to be too cynical, but a $50 billion project would seem to offer potentially large opportunities for, shall we say, "kickbacks" for such permit approval. Follow the money, as they say.

Of course, there is also this "$50bn Nicaragua canal postponed as Chinese tycoon's fortunes falter" as the UK Guardian headline reads:


The mega-project – which would be the world’s biggest earth-moving operation – has proved controversial since it was agreed by Nicaraguan president Daniel Ortega and Wang Jing, the Chinese telecoms mogul who subsequently registered HKND.

Nicaraguan officials say the investment will boost the economy and raise living standards in the second-poorest nation in Latin America. But conservationists have warned that the 178-mile canal will damage Lake Nicaragua – the biggest freshwater source in Central America – and infringe upon protected areas and indigenous territory.

Well, I suspect some people's living standards might be raised, but unless they practice "trickle down" economics in Nicaragua, it might not be those of the displaced proletariat.

At any rate there are some real questions, some raised in this Journal of Commerce article "Consulting firm exit raises Nicaragua Canal feasibility questions":


Nicaragua’s government has long claimed that an economic feasibility study by blue-chip U.S. consultancy McKinsey & Co. is crucial to enticing Western investors to its $40 to $50 billion canal project. However, it has been confirmed that McKinsey has not worked on the Nicaragua Canal project since 2014, raising new questions about the Nicaraguan government’s public statements as well as the project’s chances of attracting Western investors.
****
A confidential source who claimed to have inside knowledge of McKinsey’s work with HKND told a very different story about the economic feasibility study. McKinsey did initially consult on the project, made repeated requests for payment, and ultimately received payment from HKND around June 2014, the source said. Shortly after being paid, McKinsey informed HKND in writing that it would discontinue working on the project, said the confidential source.

Maybe if they had a 5-year plan. 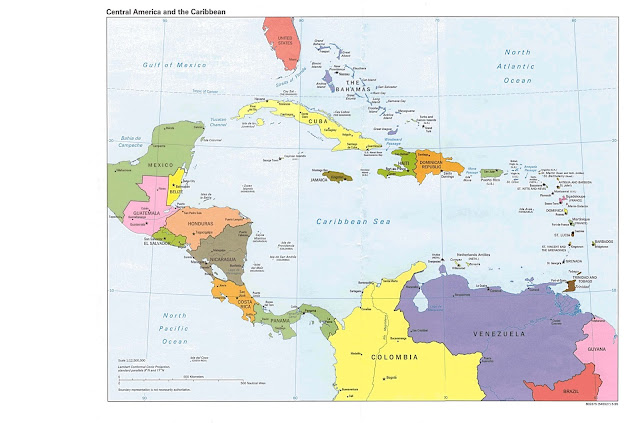 And it is a nice strategic location. See the above map. 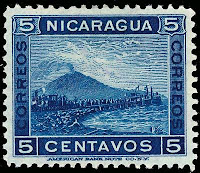 Of course there is that volcano issue in Nicaragua. You know, like the one that may have caused the U.S. to develop the Panama Canal. See here. Of course, the 5 active (out of 50) Nicaraguan volcanoes make for a nice tourist attraction, including "Volcanic Obsession" tours.

A large volcano in western Nicaragua, Momotombo, yesterday belched ash and gas up to a kilometre (3,000 feet) in the sky, sparking fears that the giant could be waking from a fitful 110-year-old slumber.