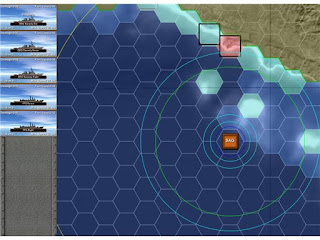 
How do you design a game that has practical tactical application to the naval tactician? Even more ambitious, how do you make one accessible and understandable with the goal of making it a mobile wargame for eventual use by sailors and warfare commands.

For today's show we will discuss one of the projects of the CNO's Rapid Innovation Cell (CRIC), the game "Fleet Battle School."

Our guests to discuss this game, gaming in general, and its practical application will be three individuals involved in the project; LT Matthew Hipple, Paul Vebber and Chris Kona. Chris Kona is a warfare analyst at Naval Undersea Warfare Center. A former submarine officer in the U.S. Navy, he was project lead for the CRIC’s Fleet Battle School wargame project. Paul Vebber is a retired SWO CDR who is a life-long hobby wargamer. He was one of founders of Matrix Games, the premiere publisher of computer wargames, working with them until their merger with Slitherine games. He currently works for the Naval Undersea Warfare Center Mission Area Director for Undersea Warfare as Asst. Director for Concept Development, Wargaming, and Experimentation.