Piracy and Armed Robbery Against Shipping in 2015

Once again for 2015 a big hat tip to the ICC International Maritime Bureau for their excellent work in capturing reported attacks on ships. Their work can be found at Live Piracy Map and Live Piracy Report. As they note, 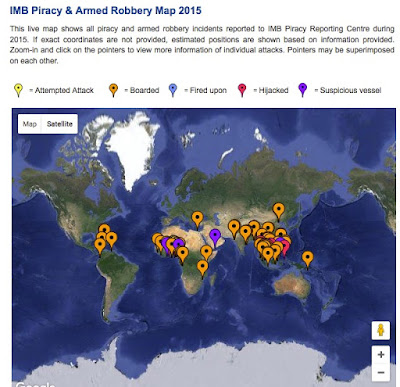 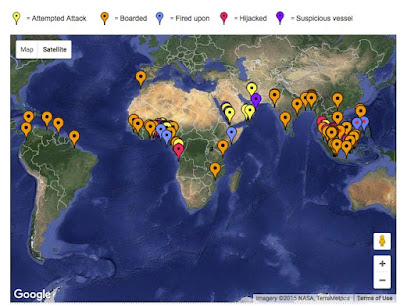 Once again, these assaults on shipping include a wide-range of acts, from hijackings to "sneak aboard and steal stuff" and perceived threats. Such attacks tend to occur in major shipping lanes and anchorages, such as the Straits of Malacca and Singapore, but also off the west coast of Africa near major oil ports. IMB guidance on reporting which:


.... follows the definition of Piracy as laid down in Article 101 of the 1982 United Nations Convention on the Law of the Sea (UNCLOS) and Armed Robbery as laid down in Resolution A.1025 (26) adopted on 2 December 2009 at the 26th Assembly Session of the International Maritime Organisation (IMO). 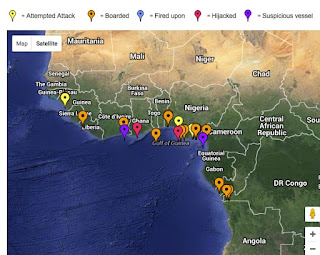 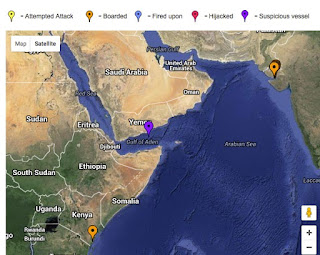 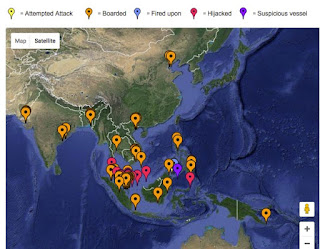 Straits of Malacca and Singapore: 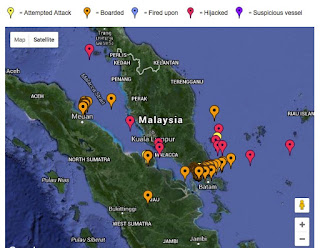 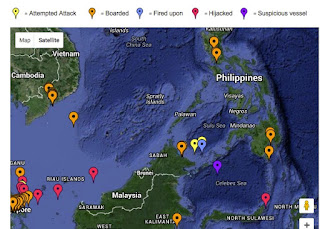