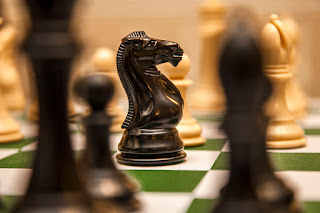 From the "We Really Do Have a Strategy and We'll Tell You What It Is As Soon As We Figure It Out Department," The Hill reports US military drafting 'new narrative' for ISIS war:


The U.S. military is seeking to craft a “new narrative” for the war against the Islamic State in Iraq and Syria (ISIS), in part to push back on the growing perception that President Obama does not have a strategy.

Military officials on the Operation Inherent Resolve task force have recently formed a working group to formulate a "new narrative," defense officials told The Hill. Separately, the Joint Staff has drafted its own messaging document.

The steps are preliminary, and are part of a larger effort to better communicate the U.S.'s military strategy amid heavy criticism from Republican presidential candidates who say Obama is losing the battle against the terrorist group.

"To say there's no strategy is just flat out wrong," said Army Col. Christopher Garver, public affairs officer for the Combined Joint Task Force -- Operation Inherent Resolve. "If you want to have a debate about it, that's good, let's talk about it. But there is a strategy," he added.

The new working group will look at "how best to articulate what it is we're trying to do ... and do it in a concise easy to understand way," Garver said.

Ususally you have a "concise easy to understand" articulation of what you are trying to do before - you know - before you start committing forces and that sort of thing. 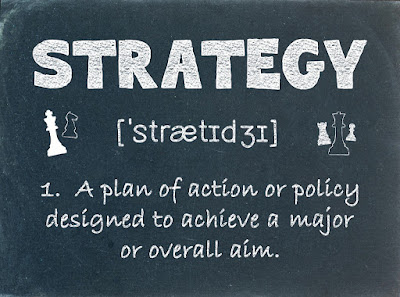 Something like "smashing ISIS and its fellow travelers into paste" might be a good start. Perhaps that lacks the proper "strategic vision."

Not like announcing fictional "red lines" or opening the door to the Russians to support the guy who you previously asserted needed to "go."

One place to start would be to have some idea how you want things to look when we are done with our mission. See here.

I can't believe that is really so hard to "articulate" without sounding like a Facebook breakup mantra - "It's complicated."