Disaster Prep Wednesday: I Got Your Gun Control Right Here 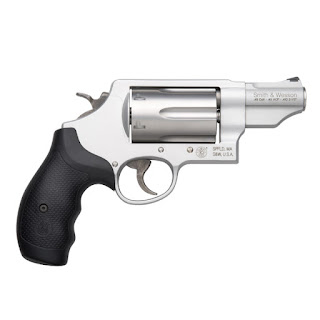 Nice piece on slowing down would be mass killers, which contains this truth:

If you decide you aren't interested in being part of that preserve, then what kind of weapon do you need to stop a bad guy? Not much, really. You could use a cross bow, but the damn things are hard to conceal.

There are all sorts of lists of nice concealed pistols out there. My suggestion is that you get something that will fire a shot filled round in addition to regular ammo. Why? Makes it harder to miss the bad guy and makes it harder for a stray round to take out a fellow innocent.

Interesting discussion of self-defense shot rounds suitable for use in a pistol at NRA/American Rifleman:


The most efficient handgun for shooting .410 shells would have a smooth-bore barrel sized to fit that shell only. However, sawed-off shotguns and smooth-bore pistols have been restricted in this country for some time due to NFA regulations established in 1934. In order for a handgun to qualify for over-the-counter sale without additional Federal tax stamps and paperwork, it must have a rifled barrel and be chambered for a center-fire cartridge intended for handguns or rifles.

See the handy info from 410Handguns.com here, which serves to point out that shot shells are a mostly a close up and personal thing. Then again, personal defense is all about up close.


The Smith & Wesson Governor revolver puts six rounds of customizable response under your control. Load with .410 2 1/2" shotshells, .45 ACP or .45 Colt - alone or in combination - and hit your target in every situation.

That's where you learn the kind of gun control that matters.

“We don’t have laboratories where we can test these theories, but there is something to the argument that terrorists want a high body count — and if they can only shoot a few people before they’re taken out themselves, it wouldn’t have the kind of impact they want.”

Which is a cowed population willing to accept anything to stop the terrorists, including meekly surrendering.
Posted by Mark Tempest at 12/09/2015 07:00:00 AM