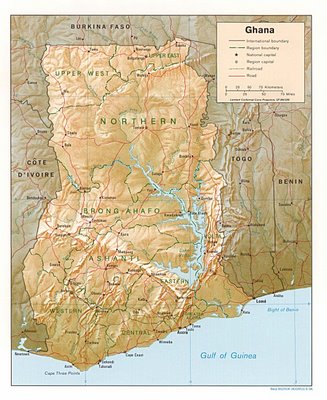 At least 120 people who crammed onto a ferry during the forced evacuation of an island in the vast Lake Volta in eastern Ghana are feared drowned after the boat sank, according to regional police.

The ferry, headed for Abotoase in the eastern region of the lake on Saturday, was being used by people scrambling to meet a deadline to leave Dudzorme Island in the Tapa-Abotoase area, 150 kilometres north-west of the capital Accra.
***
Passenger boats have sunk before on shallow Lake Volta, the world's largest man-made lake, formed with the construction of a hydro-electric dam, and its waters are cluttered with tree stumps and debris hidden just below the surface. Survivors of this accident say the overloaded ferry split after hitting a submerged object 18 kilometres from Abotoase during bad weather.

"The incident is unfortunate but it was [caused by the] sheer irresponsibility and lack of professionalism of the two navigators," said District Chief Executive, Solomon Donkor. "I think we must tighten measures guiding transportation on the lake. Over the years these measures have been dormant," he admitted.

The evacuees from Dudzorme Island - some of whom were direct relatives of the tens of thousands of people who lived in the Volta region before it was flooded in the mid-1960s - were being evicted to make way for a game and wildlife reserve, according to the Wildlife Division of the Forestry Commission of Ghana.