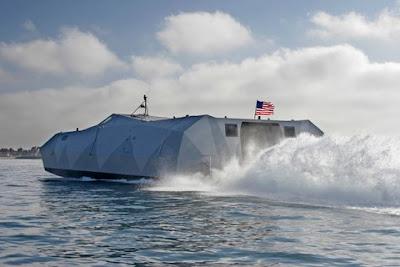 Quietly, after the "as big as a WWII destroyer" LCS gets an operational test, a design far closer to what many of us thought the LCS should be also gets a test, as set out here:

DID has covered the late Vice-Admiral Cebrowski’s legacy at the Pentagon’s Office of Force Transformation. With the formal roll-out of the 88-foot Stiletto stealth ship and its cutting-edge “M-Hull” wave-damping design, that legacy takes another step forward. The Stiletto is part of Project WolfPac, which aims to test new concepts of shallow-water and riverine warfare organized around swarms of smaller, affordable ships linked by communications.

Give me a couple of "mother ships" for I would take one of these into harm's way... 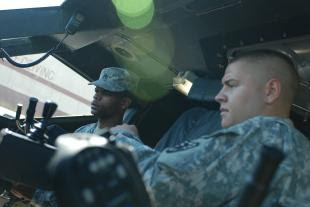