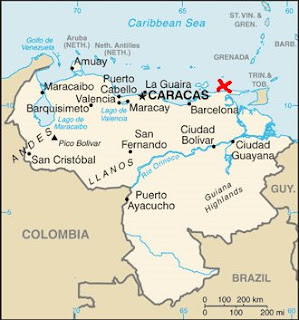 ***
-05.07.2008: 1900 LT: 10:45N - 063:00W, 8 nm off Puerto Santos, Venezuela. Six pirates armed with guns and knives in a pirogue fishing boat, one dressed in military uniform and two with facemasks approached a yacht underway. The skipper rammed into the fishing boat but the pirates managed to board the yacht. They tied the two-crew members and pointed guns to their heads. They shot and stabbed the skipper’s dog. The pirates stole equipment, property, and left. One crew injured.

-20.07.2008: 0011 UTC: 13:16.99N - 050:03.47E, SE of Al Mukalla, Gulf of Aden. Pirates boarded a bulk carrier underway. The ship activated SSAS and sent voice message to the coalition forces indicating pirates on board. The owners are unable to contact the ship and suspect all communication equipments have been damaged. There are 21 crew onboard the ship. Further details are awaited. (See here)
***
-18.07.2008: 0720 UTC: 12:47.5N - 051:02.0E, Gulf of Aden. Heavily armed pirates, in two, six-meter long yellow craft, attempted to board a container ship underway from the aft. Master took evasive manoeuvres, raised alarm and crew mustered with pressurised fire hoses. Upon seeing crew alertness, pirates aborted the attempt. 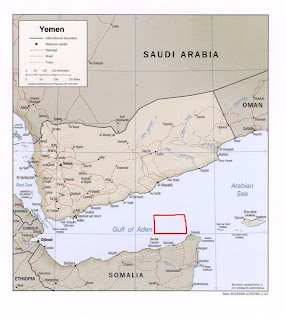 -15.07.2008: 1030 LT: 13:31N - 049:11E, 44 nm Off Yemen, Gulf of Aden. D/O onboard a chemical tanker underway noticed about 10 - 12 pirates in two blue and white coloured speedboats at a distance of 2.5 nm. The speedboats suddenly approached the tanker and fired upon her. D/O raised alarm, sounded whistle and crew mustered. Pirates noticed crew alertness and reduced their speed and aborted the attempted boarding.

UPDATE: revised maps X off Venezuela is approximate yacht attack. Box off Somalia is area of all the indicated attacks.

UPDATE2: IMB Piracy Map for 2008 attacks/attempts in the Gulf of Aden: 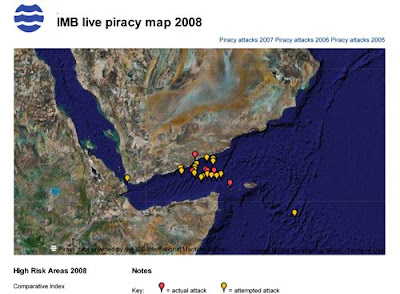