Will the last taxpayer who leaves California please turn out the lights? 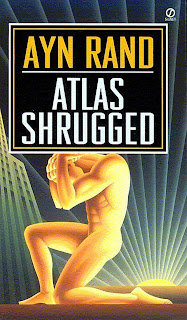 Probably time to dust off Atlas Shrugged, when you read analysis like California’s Tipping Point

I think a threshold or tipping point exists in the ratio between the political power of those who pay taxes and those who consume taxes directly. After that tipping point is reached, those who pay taxes become the economic slaves of those who consume taxes.
***
In effect, government workers have hijacked democracy. Instead of state employees working for the people, the people now work for the state employees. As far as the state government is concerned, people in the private sector work merely so that they can be taxed for the benefit of the tax consumers. They’ve entered a condition not unlike like that of pre-industrial serfs.

Of course no one is being whipped, but in effect an ordinary citizen of California cannot get their desires for reduced state spending implemented due to the disproportionate power of the State’s employees and allied interest. It appears now that the government unions will not accept any solution to California’s budget crisis except increased taxes in a declining economy. Ordinary citizens have no choice but to either emigrate or just lie there and take it.

And when they emigrate, I hope they remember what drove them out of California so that they don't start the cycle again in a new state...ooops, too late...

Further, while the state workers are a problem, add in those receiving various benefits from those they vote into power . . .

Email ThisBlogThis!Share to TwitterShare to FacebookShare to Pinterest
Labels: Government