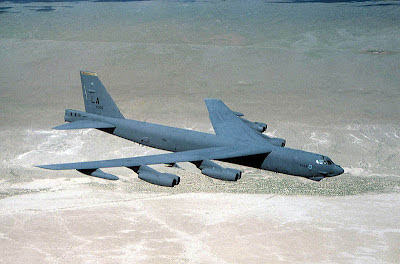 When I was small child living on a Air Force base near Yosemite, one day all the huge B-36 bombers flew away. They were replaced by the first B-52's in 1955. Fifty-six years later, it appears the B-52 will not soon be fading away. In fact, they may just go on and on and on . . . as reported at The B-52 Gets a 21st-Century Upgrade:


The B-52s tasked with this mission will fly until at least 2040, representing nearly a century of active duty. The airframes and engines will remain the same, but the birds will be upgraded with new hardware (as well as with the nuclear brawn) to extend their service lives.

Email ThisBlogThis!Share to TwitterShare to FacebookShare to Pinterest
Labels: B-52