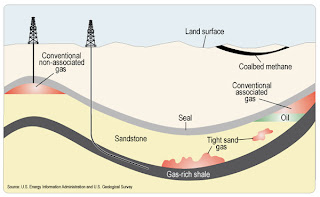 “We believe that by 2020, the United States will become the largest producer of hydrocarbons in the world, surpassing Russia,” said Roger Diwan, partner and head of financial advisory operations at PFC Energy. Now that producers have solved the problem of producing oil and gas from tight shale formations, the nation is on the verge of a golden energy era which is reshaping the industry worldwide, he maintained.
***
The scale of the opportunity to increase US oil production is greater than in most other countries over the next decade, noted James Burkhard, managing director of IHS CERA Inc.’s global oil group.
***
Howard K. Gruenspecht, acting administrator at the US Energy Information Administration, said the US Department of Energy’s independent forecasting and analysis agency’s initial 2012 Annual Energy Outlook (AEO) reference case forecasts 20% growth in US crude production over the next decade. Net petroleum imports are expected to drop from 49% of total US consumption in 2010 to 38% in 2020 and 36% in 2035 as a result, he said.

So, less reliance on foreign producers, brought to you by the petroleum industry. You know this is much better for national security and our maritime energy security. And, as a bonus, it buys time for all those expensive bio-fuels projects to be perfected . . .
Posted by Mark Tempest at 2/02/2012 08:03:00 AM