Somali Pirates: What do we do with some captured pirates?

Here's another article in what seems to be a semi-annual review of the problems of international law and the effort to bring captured pirates to justice - this time from the NY Times "Seized Pirates in Legal Limbo, With No Formula for Trials":


Vessels from several navies collaborating on counterpiracy are holding a total of 71 captured pirates, according to Vice Adm. Mark I. Fox, commander of the United States Navy’s Fifth Fleet. No system has been developed for prosecuting their cases.

“There is not a repeatable international process to bring them to justice,” Admiral Fox said, in a recent interview in Bahrain. “We lack a practical and reliable legal finish.”
***

The many possible permutations for prosecuting the 15 pirates now locked up in the Vinson almost perfectly capture the puzzle surrounding such cases. 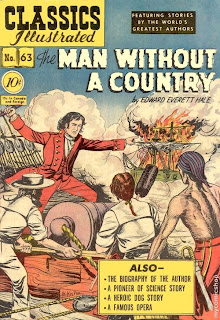 The pirates are Somali. They attacked the motor vessel Sunshine, which is Greek-owned but operates under a Bahaman flag. They were detained in international waters, but in the so-called exclusive economic zone of Oman. And they had commandeered an Iranian fishing vessel and held the crew hostage for more than a month.

The Navy took the pirates into custody. But the former hostages returned to Iran, and the Sunshine simply steamed on, over the horizon and out of sight.

So which country should take the case? And how would it hold the pirates before trial, collect evidence, and arrange for foreign witnesses and foreign investigators to testify?

So, these pirates have become somewhat akin to "The Man Without a Country" , whose punishment was to be forever transferred from one ship to another to another . . .      Of course, Philip Nolan had the benefit of a trial. H/T: Lee.
Posted by Mark Tempest at 2/06/2012 09:04:00 AM