Baloney I get tired of: The President and His "2% Oil Reserves Myth"


According to President Obama, the United States contains only 2 percent of the planet’s proven oil reserves, Of course, he’s right — to a point. In classic fashion, he’s using a technicality to skirt the facts and keep the myth of energy scarcity alive. The reality is that the U.S. has enough recoverable oil for the next 200 years, despite only having 2 percent of the world’s current proven oil reserves.

Proven oil reserves are not all of our oil resources—not even close. In fact, proved reserves represent a tiny portion of our total oil resources. Proven (or proved) oil reserves are reserves that have already been discovered, typically through actual exploration or drilling, and which can be recovered economically. That estimate does not include oil that we know about, yet are unable to access because of regulatory barriers. For example, the billions of barrels of oil in ANWR are not included in our proved oil reserves. So let’s look at the facts. 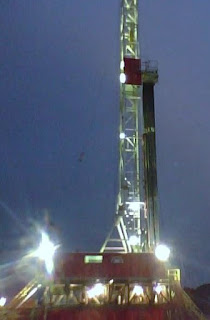 Currently, the United States has 1,442 billion barrels of technically recoverable oil, but only about 20 billion barrels are considered proven oil reserves.[ii] That is partly because the federal government is denying access to hundreds of millions of acres oil-rich federal lands: the Alaskan National Wildlife Refuge, the Naval Petroleum Reserve-Alaska, federal waters off the Atlantic and Pacific coasts, at least 45 percent of the Gulf of Mexico, the Chukchi and Beaufort Seas, and oil shale on federal lands in Colorado, Utah, and Wyoming, to name a few. In the case of oil shale (an oil composed of kerogen), technology needs to be perfected to make its production viable, but this will not happen until the land is leased. Regrettably, the Department of Interior has stopped a leasing program Congress directed it to undertake.

Remember, some people predict a coming Golden Energy Era". And, remember, the strategic issue is not necessarily the use of oil, but rather the failure to develop infrastructure to insure we can be "energy independent" (within limits - Canada is our energy friend) - see here, where I wrote:


It is the importation of foreign oil that is a strategic issue, not their use. It's the long lines of commerce that bring oil to our shore that are vulnerable. 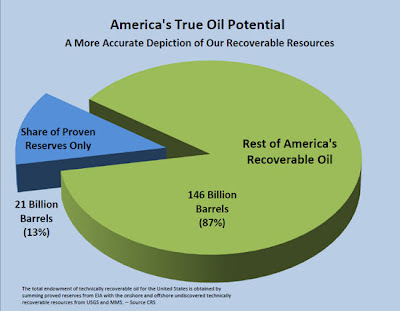 I guess this makes me a member of the "flat earth club" according to the President. UPDATE: Investors Business Daily sings from the same fact base: