The Right to a Fair Trial

Over 30 years ago, I graduated from law school.

At the time, if there was one figure that I thought of as representing the best of the legal profession, the ideal of a lawyer doing the right thing at the right time, it was summed up in a movie scene where attorney Atticus Finch sits on the jail house steps waiting for the lynch mob he knows is coming for his client.

While the mob is off getting riled up, Atticus quietly reads a book under a light that looks like it came from someone's parlor. 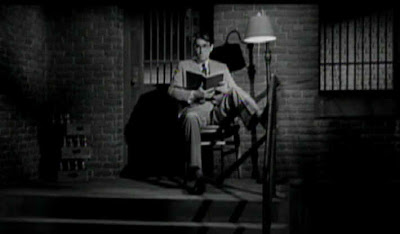 The right to a fair trial.

We've been through a lot to guarantee that to each and every accused, no matter how the lynch mob has howled.

No matter how certain the crowd was of guilt. No matter how the news media played up the voices of mob leaders.

We can be thankful that our constitution had added to it the Bill of Rights, and thankful that some lawyers have fought to keep those rights alive.

Even when it is unpopular.