Somali Pirates and Other Piracy: The ONI Weekly Reports

Good stuff found from the Office of Naval Intelligence (pdfs). 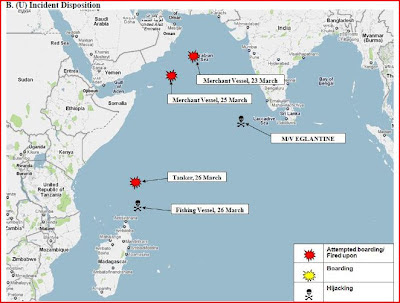 Now, the weather-related prediction of good areas of operations for the small boat pirates (red is good for the pirates, bad for the merchant shipping world): 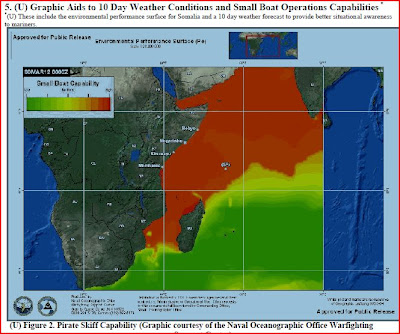 What the pirates are holding and for how long - one crew is going into their 3rd year of captivity: 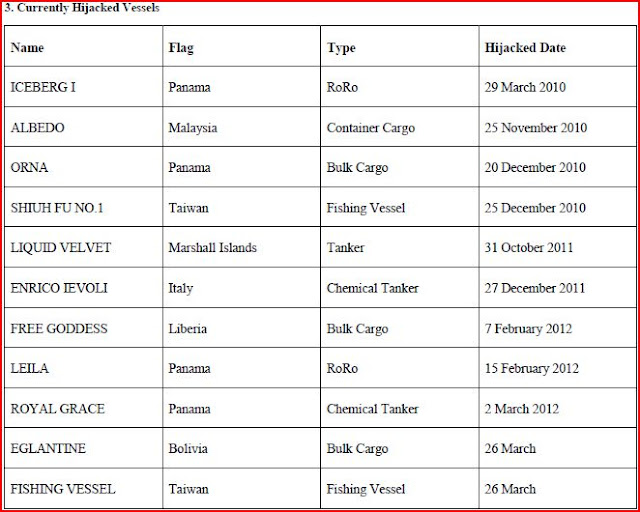 And then, a brief summary of other piracy events: