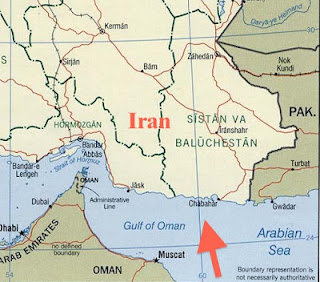 Now, it appears the Iranians have come to the rescue as reported in "Hijacked ship crew members rescued":


All 28 Chinese crew members aboard a China-linked cargo ship hijacked by Somali pirates were rescued on Friday, the Chinese embassy in Tehran said.

The cargo ship, Xianghuamen, was hijacked by Somali pirates at about 8:40 am local time (0410 GMT) on Friday in the Sea of Oman near Iran's southern port of Chabahar.
***
Nine Somali pirates climbed onto the cargo ship by their own ladders, fired shots on the ship and seized the Chinese crew members on board.

Two Iranian naval warships participating in the rescue operation followed the vessel and ordered the pirates to surrender. The pirates later threw their weapons into the sea and surrendered to the Iranian navy.

Kudos to the Iranian Navy.