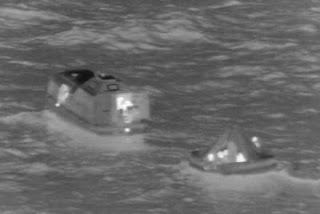 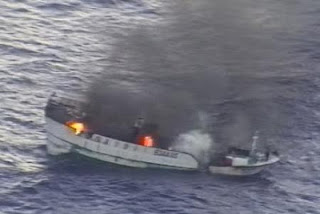 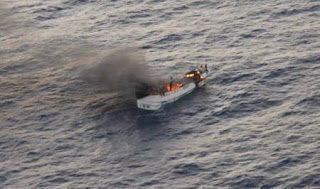 A Navy P-3 Orion long-range search aircraft from Patrol Squadron 1 stationed at Kadena Air Base, Japan, overflew the vessel and reported eight crewmembers in a life raft and two more on the bridge of the burning vessel. The P-3 crew deployed two life rafts to assist the crewmembers that remained behind. They passed the location of the distressed crewmembers to the Semirio, a Marshallese flagged bulk carrier diverted to the area by the Coast Guard.

The Semirio was only 40 miles away from the distressed vessel and was asked to assist. Once on scene, the 950-foot bulk carrier launched a small boat and successfully rescued all 10 crewmembers. The Semirio is one of many foreign flagged vessels operating in the Pacific that voluntarily participate in the AMVER System. 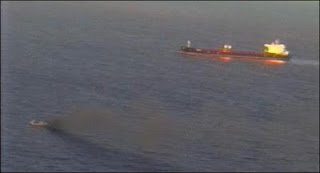