When I was a young naval officer, the gloves finally came off in the protracted war against what was then North Vietnam and we loaded up on various sea mines and took the war to the enemy (meaning those countries supporting NVN by sea) by sowing mines in the harbors of the North. Interdiction, blockade and power projection were all on display in one or two long days of dropping mines into the right place to shut down the North Vietnamese war material machine.

Now, there is at least one voice pointing out that the old favorite of the Iranians - the sea mine - could be used to halt their economy - for example. Commentary: "How to Defeat Iran" by George J. Gilboy:

One such option worthy of consideration: using mines around Iran's naval ports and oil-export terminals. This might create better leverage than a campaign of air strikes—without generating the death and destruction that could give Iran a cause for perpetual grievance. Mining would shut in both the Iranian navy and Iran's oil exports.

Modern U.S. naval mines are not indiscriminate weapons. They have programmable sensor-trigger mechanisms. These mines can be set to arm after a delay for a warning period, select targets based on a ship’s magnetic, pressure and acoustic signature, and they can be neutralized or cleared after a conflict.
*** 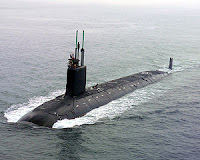 But mining Iran's naval facilities could degrade Iran's ability to shut down the Strait of Hormuz or attack U.S. forces on patrol. Iranian minelayers, submarines and missile-armed surface ships would be trapped in their ports or unable to return to them safely.

Beyond that, mining Iran's oil-export terminals would impose considerable costs on the regime. According to the IMF, oil-export revenues account for more than 20 percent of Iran's $475 billion gross domestic product (GDP). Assuming that 80 percent of oil exports by sea can be halted by mines, and accounting only for lost oil profits, the net impact could be a loss of Iranian GDP equal to $59 billion over one year. This would be the equivalent of reducing Iran's GDP growth from today's 3 percent to around negative 12 percent. 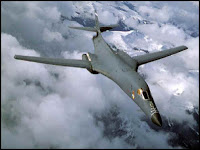 And the impact could be even greater. Iran also imports a large portion of its refined oil products. With imports also interrupted, the total lost GDP could be in the range of $66 billion in one year. In the context of an economy that now suffers from 11 to 13 percent unemployment, this would put intense pressure on an already-divided Iranian society and its rulers.

While the author of the piece is bent on seeing mine warfare as an alternative to other sorts of bombing, missile attacks and more, I am not sure he appreciates the all risks incurred in playing the mine war card.

On the other hand, there may come a time when options have played out, and when that time comes . . . unleash the mines of war!

And standby with all the other tools.

You can gain some information on U.S. sea mines at the Current Mine Inventory section of this larger NavSea web publication, "U.S. Navy Mine Familiarizer." You might note that the pictures above that are not drawing of mines aremine delivery vehicles.

You might also note that Iran doesn't seem to have much of a mine countermeasures force.  You know that just might make mines - asymmetric . . .

Email ThisBlogThis!Share to TwitterShare to FacebookShare to Pinterest
Labels: Asymmetric Warfare, Mine Warfare, The War with Iran