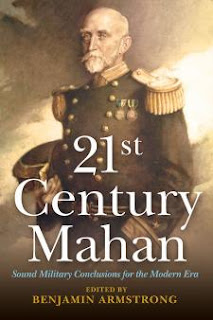 For the first half of the hour we will have LCDR BJ Armstrong to discuss his book, 21st Century Mahan: Sound Military Conclusions for the Modern Era.

For the second half of the hour our guest will be Stephen Roderick to discuss his book, The Magical Stranger: A Son's Journey into His Father's Life.

LCDR BJ Armstrong is a Naval Aviator and an occasional naval historian. His articles have appeared in numerous journals including USNI's Proceedings and Naval History, Naval War College Review, and Infinity Journal to name a few. He is a research student with the Department of War Studies at King's College, University of London. He was recently named the 2013-14 Morison Scholar by Naval History and Heritage Command and was awarded the 2013 Navy League Alfred Thayer Mahan Award. 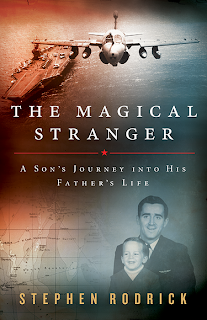 Before becoming a journalist, Rodrick worked as a deputy press secretary for United States Senator Alan J. Dixon. He hold a bachelors and masters in political science from Loyola University of Chicago and a masters in journalism from Northwestern's Medill School of Journalism.

Join us live or listen later by clicking here