Need to Read: "The Pipe Dream of Easy War" 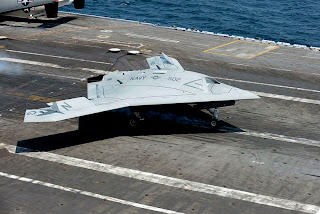 
Today, budget pressures and the desire to avoid new conflicts have resurrected arguments that emerging technologies — or geopolitical shifts — have ushered in a new era of warfare. Some defense theorists dismiss the difficulties we ran into in Afghanistan and Iraq as aberrations. But they were not aberrations. The best way to guard against a new version of wishful thinking is to understand three age-old truths about war and how our experiences in Afghanistan and Iraq validated their importance.

We seem to have trouble learning this lesson as our fantasies overtake what we should know are realities.

I am always reminded of some quotes from T.R. Fehrenbach's This Kind of War:


In July, 1950, one news commentator rather plaintively remarked that warfare had not changed so much, after all. For some reason, ground troops still seemed to be necessary, in spite of the atom bomb. And oddly and unfortunately, to this gentleman, man still seemed to be an important ingredient in battle. Troops were still getting killed, in pain and fury and dust and filth. What happened to the widely-heralded pushbutton warfare where skilled, immaculate technicians who never suffered the misery and ignominy of basic training blew each other to kingdom come like gentlemen? 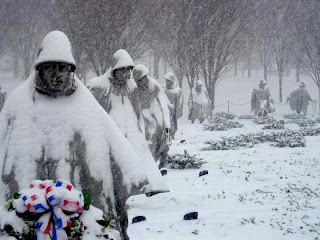 In this unconsciously plaintive cry lies the buried a great deal of the truth why the United States was almost defeated.
Nothing had happened to pushbutton warfare; its emergence was at hand. Horrible weapons that could destroy every city on Earth were at hand—at too many hands. But, pushbutton warfare meant Armageddon, and Armageddon, hopefully, will never be an end of national policy.
Americans in 1950 rediscovered something that since Hiroshima they had forgotten: you may fly over a land forever; you may bomb it, atomize it, pulverize it and wipe it clean of life—but if you desire to defend it, protect it and keep it for civilization, you must do this on the ground, the way the Roman legions did, by putting your young men in the mud. ”

***
Korea showed it was time to tell the men who man our legions that there is nothing easy in this world, that there are tigers, and to furnish them not only with atomic life eradicators but tiger guns.

All the "magic toys" in the world will not change the fundamentals of ugly hard war.

Email ThisBlogThis!Share to TwitterShare to FacebookShare to Pinterest
Labels: War