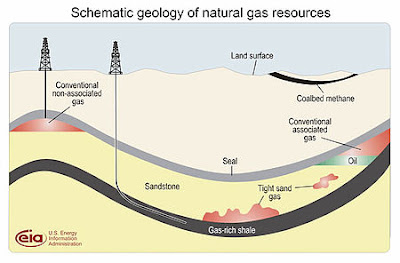 
Projections that the U.S. will become all but self-sufficient in energy by 2035 have profound implications for an aviation fuels market in the early stages of moving from a dependence on petroleum to encompassing a wide and varied range of sources.

Abundant and inexpensive natural gas is making it more difficult for renewable energy sources to establish themselves in the U.S. The nascent biofuels industry is being affected, as gas can be converted to liquid fuels in the near term and in the longer term liquefied natural gas could be used directly in aircraft engines . . . Some alternative-fuel start-ups have switched from biomass to natural gas.
***
But it is the Navy's goals that are drawing the most criticism from conservative lawmakers. Empowered by the Defense Production Act, the Navy has entered into a $510 million agreement with the Energy and Agriculture Departments to promote the development of a domestic advanced biofuel industry through the construction of biofuel refineries. The Navy's share is a $170 million investment, mainly in procurement of fuels to meet its goal of deploying a “Great Green Fleet” strike group of ships and aircraft running entirely on alternative blends by 2016, en route to meeting half of its total energy needs from alternative sources by 2020. To do so, the Navy would need to replace about 8 million barrels of petroleum with unblended alternative fuels by 2020, the Congressional Research Service (CRS) reported in December.

But being an early adopter means paying higher prices, and House Armed Services Committee (HASC) Republicans such as Reps. Randy Forbes (Va.) and Michael Conaway (Texas) say the Navy spending is misguided—particularly as sequestration cuts are hurting military readiness and threatening future technological advantages by starving research and procurement spending. As part of the HASC bill markup in June, Conaway sponsored three successful amendments to ban defense buys of biofuels until their price matches conventional fuel, as well as to halt defense spending for biofuel refineries and encourage Pentagon spending on oil sands and coal-to-liquid fuel.

“This is an area that is better suited for the Energy Department to pursue and to get these fuels affordable and competitive,” Conaway says of alternatives. “If we are needing to apply them, to use these biofuels here in the U.S. to protect the homeland, that would be one thing—but that's not the case.”

But HASC Democrats such as Rep. Rick Larsen (Wash.) stress that finding alternatives to petroleum has been a key naval concern for decades, leading to innovations like nuclear-powered aircraft carriers and submarines or the DDG-1000's integrated electric-drive technology. “If in the short term there is a little bit of an expense, well, in the short term there was a little bit of expense in developing oil way back in the day,” Larsen says. “But having alternatives to oil and not being completely dependent, that is important. It's been important in the Navy for a while.”

Of course, natural gas is a fossil fuel which the current administration views as really, really evil and bad.
Posted by Mark Tempest at 7/30/2013 04:00:00 AM